A transphobic megalomanic takes over twitter. Twitter once was a public company. But a so-called ‘free speech absolutist’ just bought twitter for over 40 billion dollars. This is the same person who is at the helm of affairs at Tesla and SpaceX. Now, as Marxists, Musk's takeover really should not surprise us. Billionaires do have control over everything- from the food we eat, the clothes we wear, to basically everything under the sun. So, Musk’s takeover was not unprecedented.

The Cult of Elon Musk

Elon Musk in recent years has acquired cult like status. Facebook and Instagram have pages dedicated to him, often doling out crap in the name of pearls of wisdom. Musk is thought of as a genius, a self made billionaire who succeeded on the account of his intelligence, his business acumen and sheer grit and determination. But, Musk comes from a wealthy family. Musk was born to white South African Parents. His father owned an emerald mine. Musk’s father has said: “We were very wealthy. We had so much money at times we couldn’t even close our safe,” adding that one person would have to hold the money in place with another closing the door. “And then there’d still be all these notes sticking out and we’d sort of pull them out and put them in our pockets.” The wealth acquired by his family is the blood, sweat and tears of the African people. Musk’s wealth put him at an advantage.

Following his take over of twitter, Musk has exalted the values of free speech. He has said that he is open to criticism. This is a bit hypocritical since he has a record of silencing his critics. Also, his employees do not have the kindest of the words for him. Many Tesla employees have a different narrative to tell when it comes to free expression. When it comes to "free speech" from his staff, Musk is thought to be less accommodating. For example, his organisation has been known to force Tesla workers to sign non-disclosure agreements that have no expiration date.

Employees are prohibited from commenting badly about the firm, its goods, and services in any form of communication under this non-disparagement agreement. Failure to comply with the provision may result in legal proceedings.

Musk is pro free speech only when it benefits him. Like when he expressed his support for the US orchestrated coup in Bolivia. Which is unsurprising as Bolivia has lithium and the cars made by Tesla need lithium ion batteries.

Also, Musk needs free speech to dish out his transphobic garbage on twitter. His once tweeted pronouns suck, forgetting that he himself uses pronouns. Obviously, this faced heavy backlash from the LGBTQIA+ community. 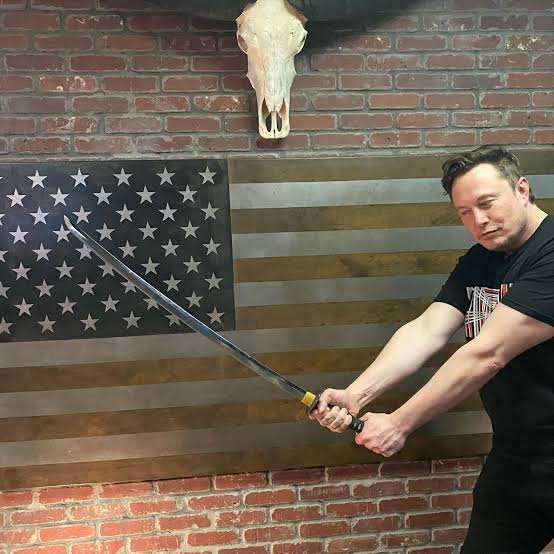 Apart from his ‘witty’ tweets, Musk also boasts of union busting tendencies. In 2018, Musk tweeted ‘Nothing stopping Tesla team at our car plant from voting union. Could do so tmrw if they wanted. But why pay union dues & give up stock options for nothing? Our safety record is 2X better than when plant was UAW & everybody already gets healthcare.’ Additionally, Tesla had wrongfully dismissed a worker who was building a union, and the company's CEO, Elon Musk, had threatened colleagues with the loss of stock options if they joined the union. Before he was dismissed in October 2017, the employee in question, Mr. Ortiz, had been publicly engaging in union organising, including distributing fliers in the parking lot of the company's facility in Fremont, California. By now it should be fairly evident that Tesla does not want its workers to unionise.

Musk is thought of as a person heralding liberal causes. While Musk supports universal basic income, his political donations say otherwise ( typical of a billionaire). According to a recent analysis by the Sunlight Foundation, a neutral organisation that records government expenditures, SpaceX has spent $4 million lobbying Congress and given more than $800,000 in political contributions since its founding in 2002. Political contributions were made to members of Congress on both sides of the aisle. This not just highlights Musk’s politics and interests but the sorry state of American politics in general. Afterall what is America but three corporates in a trench coat?

Student Movement in Iran; The Role of Students to Overthrow Islamic Regime

Before 1979 People Revolution against the Shah’s Dictatorship and after the Islamic regime with killing and massacre the main politic wings in the heard of them communists and secular groups, imposed....

While Donald Trump is no longer the President of USA, the effects of his final imperialist blows continue to be felt in Cuba. On January 11, 2021, the US put Cuba back on the State Sponsor of Terrorism....

From trade unions to farmers' strike: India on its way to mass revolt

Being a citizen of India, I am inclined to compare our economy with a coin which has 102 billionaires as it’s “Heads” who are getting busy everyday in living their sumptuous lives and 0.9 billion....

The Soviet and the Liberation of Bangladesh

Propaganda is something we in the West often associate with Nazi Germany and the likes of Joseph Goebbels or even that of the Soviet Union — often incorrectly equating the USSR to the Nazi regime in....