In January 2022, Harvard University published the results of a study which states that people over 65 who live near U.S. fracking sites die earlier than people who do not live in such areas. Fracking has been practiced in the USA for decades. Environmental damage is well known. But now, for the first time, the impacts of the same on the people are being studied.

The elaborate study was conducted by 10 researchers led by Longxiang Li at the School of Public Health at the elite Harvard University: Exposure to unconventional oil and gas development and all-cause mortality in Medicare beneficiaries. Completed on July 17, 2020, the study was published Jan. 27, 2022, in the journal Nature Energy. As early as August 2021, the study had been presented at the annual meeting of the International Society for Environmental Epidemiology (ISEE). So anyone who wanted to know could know. The U.S. government and the German government and the European Union, which have now ordered more of U.S. fracking gas because of the Russia boycott. 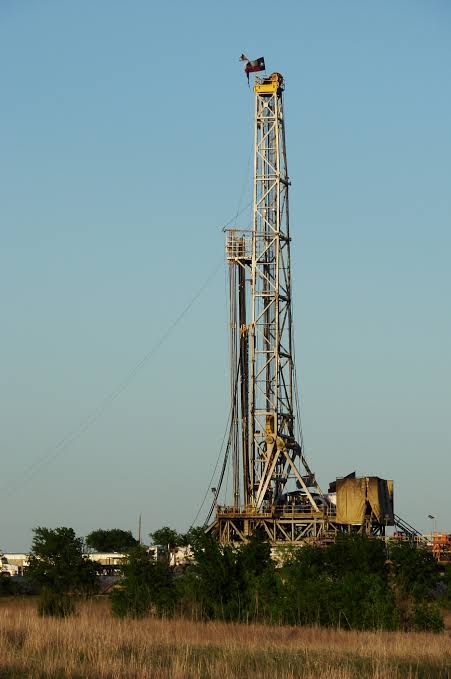 The health data examined were those of 15 million (15,198,496 to be exact) U.S. residents over the age of 65 who receive health care from the federal Medicare program and live near fracking sites. These health data were compared to other U.S. residents in this age group who do not live in such neighborhoods. Because 95 percent of people over age 65 in the U.S. are covered by Medicare, the study has high validity.

Health data was collected at more than 100,000 fracking sites, for the years 2001 to 2015, where a total of about 2.5 million drilling sites operated. The sites are located in all major fracking regions of the U.S.: from North Dakota to New Mexico, in the east from New York to Virginia, and in the south between Texas and Missouri.

Unconventional oil and gas development: That's fracking. It involves blasting open layers of rock at great depths under high hydraulic pressure using sand, water, chemicals and other additives. This allows gas and oil to escape and then be collected.

The fact that air, groundwater, rivers, lakes, drinking water, plants and animals are poisoned in the process and that people's health is harmed - all this has been known worldwide for years, actually. Thousands of citizens' initiatives, scientists, municipal councils have been organizing resistance for three decades between California and Wyoming - mostly in vain as politically-significant media refuses to cover it.

The study cites numerous studies that confirm these findings: Ambient air contains volatile organic compounds, nitrogen oxides, and natural radioactive materials released by drilling. The drilling sites also emit organic compounds, chlorides, and suspended solids. In addition, methane gas also escapes uncontrollably during fracking: it is even more harmful to the climate than CO2. Known health effects include damage to pregnancies, the respiratory system, heart muscles and increased cancer - all of which have been known for a long time.

But not only harmful to the environment, but deadly

But the Harvard study asked for the first time: Does fracking also cause death? Answer: Yes: significantly elevated risk of all-cause mortality.

So fracking is not only harmful to the environment, it is also deadly to people. The closer they live to fracking well sites, the sooner they die. The increased mortality is 2.5 percent, but 3.5 percent in residences downwind of drilling sites. The study used 136 million (more accurately, 136,215,059) person-years - 2.5 percent of which would be about four million life-years that could have been lived but were destroyed by fracking.

Death rates are slightly higher in downwind than in upwind locations. This is due to the poisoning of the atmosphere. But that is just one of the causes of illness and death. The poisoning of water and soil, intensive truck traffic with diesel exhaust fumes, noise, continuous blinding lighting at night, etc. also play a role.

But what about fracking workers?

The study did not look at people under 65. There, too, there are "vulnerable groups," such as babies or also - as in the case of the Corona virus - people with chronic diseases, which in the U.S. are known to begin in large numbers at an early age.

And another particularly important group has not been studied, and that is the people most directly exposed to the hazardous and toxic emissions: The workers at the drilling sites themselves, including the drivers who bring in and haul away the chemicals, auxiliary materials and vast amounts of water in pick up trucks and trucks. But fracking companies pushed through exemptions against the Occupational Safety and Health Administration OSHA, such as not having to shut down drilling rigs during repairs.

When asked, the head of the investigation stated: We haven't studied that, and we don't know of any studies on health and fatality impacts to workers at fracking sites.

And the climate and environmental movement in US-led capitalism - Fridays for Future, Greenpeace, the UN, the European Union, the Greens - how dependent employees are doing, even in the companies directly relevant to the environment, such as the fracking industry here - big no-no.

The fracking method was developed in the 1940s in the USA, especially by Halliburton. But it was not until around the turn of the millennium that production was accelerated on a large industrial scale: The U.S. wants to become independent of oil and gas imports. The big driver was U.S. Vice President Dick Cheney, previously CEO of Halliburton. He enforced theat the fracking companies did not have to comply with the Safe Drinking Water Act („Halliburton loophole“).

During the period covered by the study, from 2001 to 2015, fracking companies expanded the number of sites more than tenfold, from about 10,000 to more than 100,000. Thus, the study does not even take into account the acceleration of fracking, which accelerated again after 2015. This additional acceleration was triggered, among other things, by the construction of the Russian-German Nordstream 2 gas pipeline, which is opposed by the U.S. fracking industry and therefore also by U.S. governments, whether the president is Obama, Trump or Biden.

More damage than recorded in the Harvard study

Thus, also in this respect, the Harvard study did not capture the full current extent of U.S. fracking.

The acceleration since 2015 has also been to drill even more wells at the same site than before: over 50 well sites at the same location (mega pads) are now not uncommon.

This also increases the amount and concentration of toxins in these sites, and thus the residences, beyond what was studied in the Harvard study.

Not only is fracked gas environmentally harmful to produce, it also requires much more energy than traditional oil and gas production than, for example, in Russia.

And it's not just production that requires more energy, but the entire rest of the supply chain: a high energy input is first used to liquefy the gas to one six-hundredth of its previous volume. Then comes the next high energy expenditure: the liquefied gas must be kept cooled to minus 162 degrees Celsius during transatlantic and transpacific transport.

And the construction of technically complex terminals also requires a lot of energy in addition to the raw materials, as do storage and regasification.

This additional, diverse energy input, along with the raw materials still needed for it (for extraction, ships, and terminals), represents a new and also expensive fossil fuel economy. The U.S. government is promoting the construction of new nuclear power plants, and the EU has now declared nuclear energy "sustainable." The demand for coal is increasing - wind turbines and solar stations cannot keep up, also because the accelerated digitalization needs much more energy than before, for e-mobility, for clouds, for artificial intelligence in companies, hospitals, schools, universities....

It is also an unspoken class warfare: companies purposefully locate sites near poor communities that are lower income and home to more people of color, the Harvard study notes. They are already weaker health-wise - and then add fracking to the mix.

The EU and especially the German government are particularly "environmentally conscious." They have established the new Western canon of values: ESG. E = Environment, S = Social, G = good governance. They all look admiringly to Harvard, for example the German Minister of Health, Karl Lauterbach who studied here twice and then earned his second doctorate, at the Institute for Public Health and then at the Medical School - but eyes closed and through: Collective self-blindness.

They are in "good company": according to the head of the Harvard study, all leading U.S. media such as the New York Times, the Los Angeles Times, the Boston Globe, the Wall Street Journal and the Washington Post have not reported on the study.

Speaking of which: The U.S.-led capitalist West's leading environmental and sustainability admonisher, Laurence Fink - he apparently doesn't care about fracking deaths either. Fink is head of BlackRock, the largest capital organizer in the Western world, based in New York, and propagandist of the ESG canon of values. No word on the Harvard study from here either.

And BlackRock & Co are not just the leading shareholders in the U.S. defense industry, currently clammily accounting for their profits from 20 years of war in Afghanistan. BlackRock & Co are also leading shareholders in the U.S. fracking industry, such as EOG Resources, Devon Energy, Tellurian, Cheniere, and the largest fracking equipment suppliers Halliburton, Schlumberger, and Baker Hughes. For the rising profits of BlackRock's environmental champions, not only people in faraway Afghanistan are dying, but also their own citizens in the U.S. itself.

And the overzealous buyer of U.S. fracked gas, Commission President von der Leyen - with Biden agreed to triple LNG imports. She is taking advice on implementing the new canon of values ESG from none other than BlackRock.

You're a self-aggrandizing, conniving shit, Boris Johnson, but sadly, something tells me you're just not the kind of person to sit and reflect at length in dignity about the failure and moral quandary....

On A Strategic Retreat From Afghanistan

This Article is written by military historian Luiz Lazaro Tijerina. This is a historical document written on the Afghan Crisis. The Executive Editor of The International Maggazine, Adele Cain has added....

Lebanon: Towards the second phase of the uprising

Dr Mohamed Ajami died on Sunday, March 28 in a car accident. He is the latest emblematic victim of the systemic crisis that hits Lebanon. A victim of roads full of potholes, a victim of the lack of electricity....

"But, over time, when all has wound itself down, nations disappear."~Honoré de Balzac, The Bureaucrats[This essay was previously written in 2016, when I was in Paris, France. I deliberately left my country....

American Electoral Dialectics: A Comment on the 2022 US ‘‘Mid-Term Elections’’

The November 8, 2022 American elections have come and gone, with most reported results showing divided control over Congress, State and local elected offices. If anything is remarkable about the elections....