Roe v Wade and Sexual Violence in the US

The US Supreme Court overturning the landmark Roe v Wade decision has, predictably and justifiably, resulted in rage, protests, and fear, particularly among USians who can become pregnant. Simply being physically equipped to bear children does not mean one should be forced to do so, and 61% of USians think abortion should be legal in all or most cases, according to polling by Pew Research in June 2022. In the same poll, 37% of USians believe abortion should be illegal in all or most cases. So while there is a divide, a majority say it should be up to each person to decide for themselves. But, as we can see reflected by the SCOTUS ruling, there is an inequality in bodily autonomy in the US. One of the manifestations of this inequality is Rape Culture.

Rape Culture is described by the Women's and Gender Center at Marshall University as “an environment in which rape is prevalent and in which sexual violence against women is normalized and excused in the media and popular culture.”

There is a long history of rape and sexual violence in the US, going all the way back to Christopher Columbus and crew, who violently enslaved, tortured, raped, and destroyed most of the Indigenous Taíno people of Haiti, even kidnapping and selling 9 and 10 year old girls to sell into sexual slavery to pedophiles back in Europe.

Breeding slaves via rape became a big business, particularly after the US abolition of the Transatlantic Slave Trade in 1808. President Thomas Jefferson was and remains well-known for his approval of, and being a beneficiary of slavery; this was reflected in his failure to pursue outlawing the evil institution entirely. Jefferson recognized that in order for the US economy to function in a way that kept his class enriched and superior, slaves were required. Thus, slave breeding rape farms became key to maintaining a supply of enslaved people in the US. The third US President raped his own slaves, including Sally Hemmings, the mother of six of his children. White men like Jefferson - who held power and status - legitimized these practices for pro-slavery whites, who saw slaves as subhumans unworthy of bodily autonomy, and setting policies accordingly.

Sexual assault in the US continues to be prevalent, and is not limited to Black and Indigenous people. However - as was the case during chattel slavery and Indigenous genocide carried out by white settlers – they continue to be survivors with the least amount of systemic support. That's saying something in a culture where all rape survivors must fight to be heard and believed, even those of us who have some systemic privileges in a nation built and maintained by white supremacy. According to RAINN (Rape, Abuse & Incest National Network), every 68 seconds, someone in the US is sexually assaulted, and 90% of victims are women. Every 9 minutes, it is a child. Only 25 of every 1,000 perpetrators i.e.2.5% -  will serve time in prison, and that is only of the rapes that are reported – the majority are not. Reporting a rape is no guarantee of justice, between victim-blaming by law enforcement, low prioritization of solving sexual assault crimes, and the resulting backlog of hundreds of thousands of untested rape kits around the US that has been brought to light by activists, and other lack of resources.

I recently watched a comedian/actor tell a story about how he was falsely accused of defecating on a police car, and the officers were so angry that they were ready to perform DNA testing to prove he had done it. Where is that energy for solving sexual assault cases? Why is there still a backlog of untested rape kits going back years and even decades? Efforts to clear the backlog have resulted in convictions and even identifying serial rapists. These are steps forward, but only one part of correcting this societal failing.

Reporting a rape often results in further traumatizing of the victim, particularly if their rapist is a man who holds power and status in this Capitalist society. It is estimated that almost 80 percent of sexual assaults in the US go unreported, according to the US Justice Department's analysis of violent crime in 2016. It's no wonder so many assaults go unreported, considering the backlash victims must endure if they do. I am a sexual assault survivor myself, and I have had to deal with being treated like I imagined things, being victim-blamed, and being accused of flat out lying. This is not unusual, unfortunately, and it is significantly amplified if there are public figures involved – Anita Hill, Tara Reade, and Christine Blasey Ford have all faced repercussions and threats for coming forward about their awful experiences being assaulted by powerful men.

The majority of sexual assault victims in the US do not come forward, and one can see why, after being violated and traumatized by the assault itself, survivors do not want to volunteer for more trauma and potentially risk threats to themselves and their loved ones from retaliation by those who uphold rape culture and protect rapists, even arguing that most claims of rape are lies. It's difficult enough dealing with the damage it causes to us as people. Having to defend ourselves against false accusations in a system that favors and rewards predators can simply be too much to bear.

“The chances of becoming pregnant during a rape, however unlikely, are still a risk and it does happen. Abortion is healthcare, and one of many reasons one might seek to terminate a pregnancy is if it results from a rape. It is a deeply personal choice for the survivor whether to carry or terminate a rape-caused pregnancy, but it should be their choice, not something that is forcefully imposed on them by anyone or anything else. Several US states continue to allow rapists to legally pursue custody of children resulting from a rape-induced pregnancy.”

The overturning of Roe by SCOTUS allows state legislatures to determine the legality of abortion, with Anti-Abortion lawmakers and advocates seeking to abolish safe abortions altogether. Many states have already placed restrictions or bans on abortion or have legislation in the works.  Abortions have and will always be a part of human culture; legal bans on these only result in unsafe, sometimes deadly DIY abortions. Even the executive order issued by President Joe Biden is a limited, temporary protection, and these can be revoked by the issuing President or future President, overturned by Congress via nullifying legislation, and the Courts can stay or overturn an executive order.

Under the brutal Capitalist system, predatory, psychopathic behaviors are rewarded and glorified, not only in the workplace, but throughout our culture. Psychopaths seek rewards, no matter the cost. Some of the “rewards” of sexual assault they seek include exerting power over someone to deny them consent and bodily autonomy, to indulge in “success fantasies,” and to reinforce the predator's belief that they are superior to others.

“The US was designed to serve Capital and those who own so much of it that they rely upon the labor of others to live, who are paid as little as possible to insure that the owner class can reap greater rewards than those who created the value in the first place. This is another issue of bodily autonomy, because workers must use their bodies to perform wage labor for the owner class, who exploit workers (aka “increasing productivity”) in order to steal the surplus value they create with their labor. Workers are seen as lowly possessions, but also disposable profit generators, while parasitic owners are glorified.” 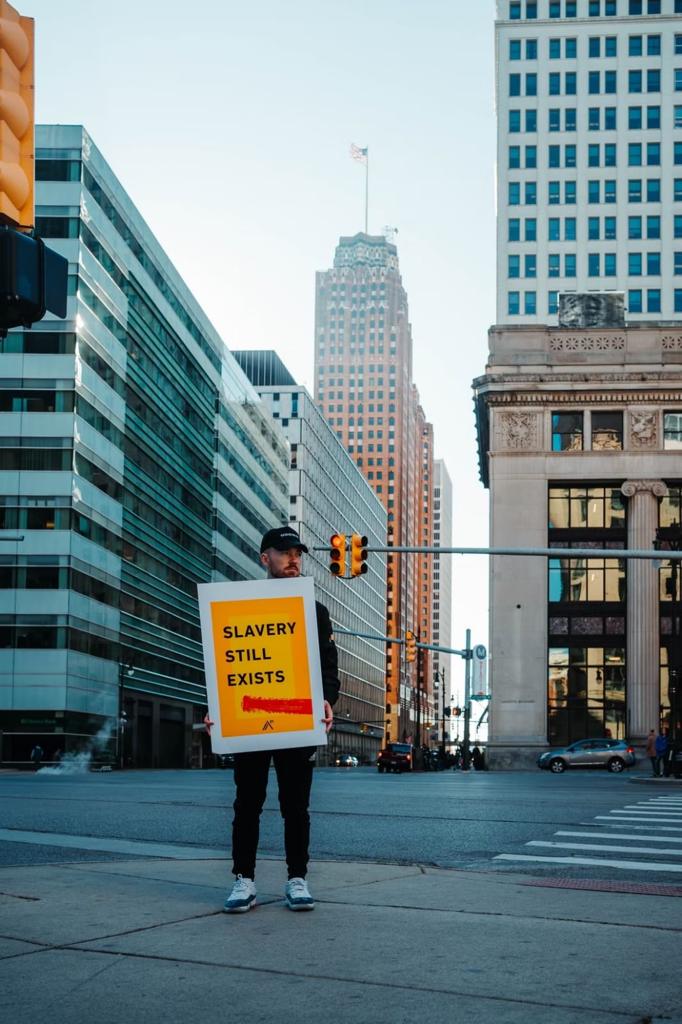 This power imbalance contributes to Rape Culture in that the powerful often feel they are owed unquestioning obedience from those whom they deem their lesser, including submitting to harassment, assault and rape. The #MeToo movement did expose some predators and their practices: Harvey Weinstein using his Hollywood clout to isolate, sexually harass, assault and rape over 80 women. He had the power to make or break careers and used it liberally. He was known as a predator for decades, but was protected, because nobody wanted their livelihood to be ruined by him. Same with Matt Lauer at NBC, with his office-door closing rape button. He raped an NBC colleague at the Sochi Olympics in 2014 and was eventually fired for it. Whatever punishments these men have been subjected to since these revelations can never undo the damage they did to their victims.

Rich, powerful men are not the only monsters who prey on others sexually – rapists come from all kinds of backgrounds. But the thing they all have in common is living under a predatory system that actively discourages victims from coming forward. In fact, some survivors find themselves harmed again by the backlash to their disclosures.

The alienation and frustration that are unavoidable side products of Capitalism feed and support Rape Culture. So long as we live under a system that regards a minority of human lives as worth more than the majority, we will continue to experience these horrors, because a predatory system protects predators, not those who they regard as their prey. Capitalism cannot solve the problems it creates and relies upon to continue functioning. We must reject and replace this system with one ruled from the bottom up, rather than the top down, for this and many other reasons of survival.

Interview with Nigel Cheriyan, a Communist Candidate in the Canadian elections

On Behalf of The International Magazine, Akash Chatterjee and Gourab Ghosh have conducted this interview with Nigel Cheriyan, candidate from Hamilton centre.Hello Nigel. Hope you are doing well. Welcome....

The Hills and the State : A Glance at the Art of not Being Governed

For most of human history, the majority of human beings lived outside state control or authority, ‘’under loose-knit empires or in situations of fragmented sovereignty’’. It is only in the last....

War is not a game, as fools would like us to believe, and once a government begins to instill a military art of war based on commercialized videogames, then such a decadent theory leads to quick decay....

Actions have causes. That is a fundamental point of philosophy and of an understanding of the way the world is. Russia’s actions in Ukraine have causes, which necessitated those actions. Unbiased observers....

A Letter To An American Conservative

I have heard the claims of some of my fellow Americans, that our new president is a communist. I hear these wonderful claims and would like to know; Why are there still children in cages? Why are....

In Defense of Cuba and its Revolution

Cuba has made astonishing advances since its historic 1959 revolution. It stands proud as a sovereign citadel of socialism just a hundred miles (160 km) from the coast of a hostile, ever-threatening imperialist....