The Conflict between Russia and Ukraine, as seen by a Brazilian

The conflict between Russia and Ukraine has been over explored in the newspapers in recent days. It is not very clear what the fundamental reasons for this conflict are, nor what the involvement of NATO and the US in what is happening. A brief historical reconstruction would show us that, in matters of international diplomacy, issues become much more complex when both sides have justifications for involvement in a conflict. 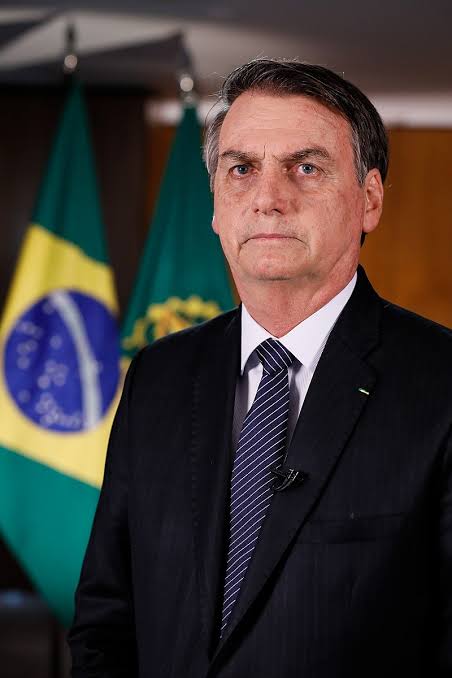 Russia has great cause for concern about NATO's eastward expansion. Brazilian diplomat Roberto Abdenur, in a recent interview, reminds us that in 1989 the president of the then Soviet Union, Mikhail Gorbachev, met with the US Secretary of State, James Baker, shortly after the fall of the Berlin Wall and the unification of Germany. James Baker had made a commitment that NATO would not advance a single inch towards the USSR. Abdenur believes that it was a serious strategic-historical mistake from Gorbachev to verbally address an agenda that should be stated as rigorously as possible in terms of diplomatic treaties. It is in this context that, today, Putin pressurizes the US and NATO with maximalist demands. According to some analysts, this is the most serious situation since the Cold War.

In the conversation between Antony Blinken, the current US Secretary of State, and Sergey Lavrov, the Russian Chancellor, a few days ago, the Americans committed to writing the answers to Putin's demands, which could be a good sign. Putin's strategy, however, proves to be somewhat risky: he has announced, in advance, what he expects from the negotiations. This puts pressure on the US, but also on himself, if he doesn't succeed in achieving something significant.

Why the conflict is centered around Ukraine and not other former Soviet republics is also interesting. A few years ago, in 2014, there was a problem with the Crimea region, where the situation was very similar to the current one. There is also a region, in eastern Ukraine, which, is currently inhabited by Russian separatists. Among these conflicts and others, there have been incidents with former Ukrainian presidents, poisoning of leaders, and so on…

Russia “started”, in fact, in the territory that is now Ukraine, having, later, migrated to Moscow. The first capital of Russia is Kiev, the current capital of Ukraine. This makes the country still seen by many Russians as part of the so-called “Great Russia”, and hence the refusal and difficulty of Putin, as well as other Russian authorities, in the recognition of Ukrainian sovereignty and independence. This non-recognition is unacceptable to Western countries.

It turns out that some former members of the Soviet Union, mainly Baltic countries, have already joined NATO. Feeling threatened by Russia, ex-communist countries such as Poland, Hungary and Czechoslovakia also entered. Ukraine's importance lies in the fact that it is the last piece on the board between Russia and the West. Putin himself defined Ukraine's eventual entry into NATO as a limit, considering it the culmination of NATO's threat to its national security. What Russia really wants is for NATO to stop putting weapons on its borders.

And in that sense, Russia is perfectly right to feel vulnerable, given that it was invaded in 1811 and 1812 by Napoleonic France and, 130 years later, by Hitler's Nazi Germany.

On the other hand, the nations that participated in the Warsaw Pact, which dissolved with the end of the USSR, also have good reasons to feel threatened. Some of these countries have joined NATO and even the European Union. Anyway, in terms of military strategy, Putin decided to move even to invade Ukraine, he did so by the end of February and beginning of March. This is because the east of Ukraine, closer to Russia, is frozen during the winter, which facilitates the movement of tanks and armored vehicles. As the temperature rises in March, marking the beginning of spring, the melting ice turns to clay, and the military apparatus will struggle to advance. Then, the conclusion of the matter will not take long.

In this context, President Bolsonaro's visit to Russia, is somewhat inconvenient. It will take place during the period in which the invasion can take place. The presence of the president of Brazil, an important country in the world even if it is not a great power, alongside Putin, signals a sympathy with the situation that can imply, even if the president himself does not say a single word, as a gesture of implicit support for Putin's stance towards European countries. Bolsonaro, in an election year, intends to get rid of the image of an international pariah. Visiting Russia, an important country, is clearly something that has great repercussions, especially for its electorate. But, even if Brazil should strengthen its relations with Russia as much as possible – our partner in the BRICS, and with whom we have a commercial relationship that we intend to invest, mainly in science and technology – the moment is inopportune. One thing is certain: there is no good intention in geopolitics.

On 14th June 2022, the President of the Amalgamated Rural Teachers’ Union of Zimbabwe (ARTUZ), Comrade Obert Masaraure, was arrested and accused of the murder of Roy Issa as the teachers of Zimbabwe....

Afghanistan is burning, Human bombs blasted in Kabul causing the death of 170(as per recent reports), Afghanis are trying to escape Afghanistan even with the cost of their lives – we all know these facts....

Latin America is historically a theatre of an intensive class struggle. After 2008’s capitalist crisis, the imperialist intervention has been severer to implement a more aggressive neoliberal program....

Starvation cannot bring the resilient Cubans to their knees

Cubans will be celebrating the 62nd national day on the 1st of January 2022. This anniversary celebration comes at a time when US administration has imposed economic sanctions and financial embargo in....