Afghanistan is burning, Human bombs blasted in Kabul causing the death of 170(as per recent reports), Afghanis are trying to escape Afghanistan even with the cost of their lives – we all know these facts but the roots of catastrophe in Afghanistan do not lie in the present time, It lies in the past. Maybe the USA forgot that Afghanistan is called “The graveyard of Empires” before investing nearly 2 Trillion US Dollars in the Afghanistan war in their 20years.
Let’s jump into the year 1979 when USSR intervened in Afghanistan before Islam Fundamentalists could take overpower. Throughout the last century, there were two main influential ideologies in Afghanistan – The Religious Extremists/Islamists and The Communists. Not to mention how Afghanistan walked through a bloody path towards their democracy till 1979, after the USSR intervention Afghanistan seemed to have its way towards a much-awaited peace and that is when the story began. The USA just couldn’t quietly watch it happening when the cold war was on. The US started to fund the opposing ideology in Afghanistan, the Mujahideen with arms and ammunitions and even with money. At that time “Taliban” was a small ethnic group inside Mujahideen which was Islamists and at the same time, they believed in Pashtun (the majority ethnic group in Afghanistan) Nationalism.
In the twilight of the cold war, not only in arms or ammunition, the US spent millions of dollars to supply Afghan schoolchildren with textbooks filled with violent images and militant Islamic teachings, part of covert attempts to spur resistance to the Soviets.


The flat coats, which were filled with talk of jihad and featured drawings of guns, bullets, soldiers and mines, have served since then as the Afghan school system’s core curriculum. Later, the Taliban used these books produced by Americans to train their militants.
In 1991, after the demise of the Soviet Union, the influence of the Islamist groups went to its peak and the Taliban took over the power in 1996. Though the majority of the countries in the world didn’t recognize the Taliban as a Government question is – Why the US went to war in Afghanistan?
After, the tragic events of 09/11, the Taliban sheltered Osama Bin Laden in Afghanistan. This was the reason why the US went into war in Afghanistan and the end, Osama Bin Laden was killed by Americans in 2011. But this was not the end. The US continued to stay in Afghanistan 10years after that and when the US started to withdraw their army Taliban took over Afghanistan. What was the point of all this then?
In the whole world, whenever a war begins, we all know that only one nation benefits from it, the nation which has never seen a single war in their land. It’s high time now when the empire in chief understands the whole world is not a devil’s playground and there can be no excuse for it.


Introduction of writer – Gourab Ghosh, Associate Editor of The International 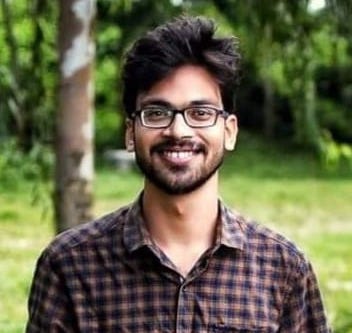 Jan Patocka on War and History

To read the Czech philosopher, Jan Patocka, one needs to dispose of concepts and categories, and approach philosophy, politics and history anew. It is the phenomenological essence – to transcend the....

Che was murdered by the Bolivian military on 9 October 1967, 55 years ago. On this anniversary, we look at his continuing influence in Latin America.‘At the risk of seeming ridiculous, let me say that....

On November 25, 2022, toward the end of the 1st Academic Peace Delegation to Koreans in Japan, I testified at the Japanese Diet—along with others from Japan and South Korea—about the need to protect....

Violence and chaos that has engulfed the South American nation of Colombia in recent days continues “out of control,” according to a Facebook posting by Colombian television journalist Ignacio Romero.....

Unprecedented. That is the word thrown around casually to cover the events in Kazakhstan. The presidential palace was set on fire by a bunch of rabblerousers. Troublemakers, restless, these are the words....