What is the freedom of the people, if it is not freedom for every individual in it? Abolitionist Harriet Beecher Stowe asked. The road to freedom for the African American population, descendants of slaves from West Africa, is one of the most difficult to set apart in history. The strong spirit that could not be broken by centuries of slavery and later racism and segregation in American society stems from African traditions that spring deep into an ancient culture that cannot be destroyed by the aggressive cultural hegemony of the white race that considers itself for superior. The wave of abolitionism in Europe since the late 1770s, when there are barely 15,000 slaves in England, is even more to blame, while in the United States the number is much higher. Prompted by growing public criticism of British society over slavery, in the United States in the early years of the bourgeois revolution many prominent public figures in science and politics raised the issue of slavery as a moral act, influencing public opinion and at the same time time encouraging the abolitionist movement of action through open agitation and propaganda in the US press.

As early as 1773, a large group of blacks petitioned the governor and the Massachusetts State Court for their release from slavery. There was also a powerful organization in the state of Virginia that was committed to freeing slaves, but which required them to leave the state within a year, else they will become disenfranchised. After the declaration of American independence, all states are preparing new constitutions and laws, including against slavery law, which unfortunately remains just a dead letter on paper. The Virginia Bill of Rights explicitly and unequivocally prohibits slavery. The Massachusetts Constitution of 1780 states that all human beings are born free and equal in dignity and rights. However, in parallel with this, in the beginning of the 19th century, religious movements awoke in the ranks of the black population. Thus in the years after the successful end of the war with England, the so-called camp meetings, mass religious gatherings of the mixed Protestant population of the North, gained momentum. These camps were a powerful factor in the direct integration of the already racially divided American society, and thus an important factor in the abolitionist struggle. They were the product and cause of the special American social phenomenon of mass religious hysteria, the so-called Great Awakening. Later the so-called Second Awakening, during which camps organized and run solely by black preachers appeared in the northern American counties of Baltimore, New York, and Philadelphia. This is where fanatical encounters between white and black people took place, creating strong bonds that transcend racial segregation. Abolitionists became more powerful day by day. But abolitionists were not content with just rejecting and abolishing slavery in some states, they demanded the complete liberation of slaves throughout the United States. They became more and more militant, and in 1833 formed the American Anti-slavery Society, which began printing pamphlets calling for the abolition of slavery, as well as the publication of newspapers and magazines and lectures.

In 1849, William Wells Brown released an anti-slavery songbook called The Anti-slavery Harp, which, in addition to popular English and Irish tunes, also contained original black songs, which often contained politically engaged titles and choruses. Encouraged by abolitionists, slaves began to flee en masse from south to north, despite the fact that in 1850, at the request of the southern states, the so-called Fugitive Slave Law, which obliged northern states to repatriate all fugitive slaves to the South, many of whom had fled across the border into neighboring Canada. The first such systematic organized escapes in the late 18th and early 19th centuries were organized by the Quakers, who were later taken over completely by the abolitionists and a movement called the Subway Railroad. The most prominent of these operations was the former slave Harriet Tubman, nicknamed the Black Moses, who on a dozen occasions helped hundreds of slaves escape north, far away from their masters in the south. However, when the Supreme Court of the United States ruled in 1857 that black people could not be treated as U.S. citizens, and thus were deprived of all citizenship rights, it became clear to many abolitionists that war was the only way to redress the shameful injustice done by that decree. The civil war will only accelerate the process of slavery in American society. An occasion for the more pronounced libertarian spirit of the black population in the need to highlight its culture that has its roots in the tradition of the ancient African peoples from Bamako to Kinshasa.

The defeat of the Confederate forces brought the freedom of about 4 million slaves across the United States. However, most of them remained in the South, where they were hired as workers or rent land from white landowners, while a significant portion went up north, and a smaller number traveled west. They carried with them their verses and choruses which in a state of euphoria and freedom they sang en masse, many of them unaware that it was not an end to the patience and struggle, but only the beginning until the final liberation. No More Auction Block For Me could be heard everywhere, Babylon is Fallen, Bobolishion's (Abolition's) Coming, Before I'd Be a Slave, The Massa Run, Done wid Driber's Dribin ', and many more…

In the late 19th and early 20th centuries, after the abolition of slavery in 1863, African Americans were transformed from slaves into wage labor and the lumpen proletariat. In the great black community of the South, despite the abolition of slavery, in much of the social aspect no major changes took place. The vast expanses of cotton of the capitalist landlords were still there, waiting for the cracked hands of the descendants of slaves who were now to be merged into the increasingly impoverished American working class. And it all culminated in the Great Depression of 1929, which plunged the world into a new war a few years later. Although formally free and able to move freely throughout the country, most black Americans remain on the margins of American society without much choice. Although the Industrial Revolution was at the peak of its development, and the advancement of technology at a galloping pace over time, the African-American worker would be deprived of any kind of progress. Even those who have dared to rent land. Until the Great Depression, nothing changed in terms of cultivating the land, where primitive methods remained part of the operation. The hoe, the wooden plow and the carriage were still part of the environment in which the black community existed. The data show that by the end of World War I, in fields across the Mississippi Delta, 94.5% of black families worked as wage laborers and were the main labor force, and barely 5.5% owned land they cultivated for their own needs. All this contributed to the rejection of work in the field in the ranks of the black community, assessing it as ungrateful. 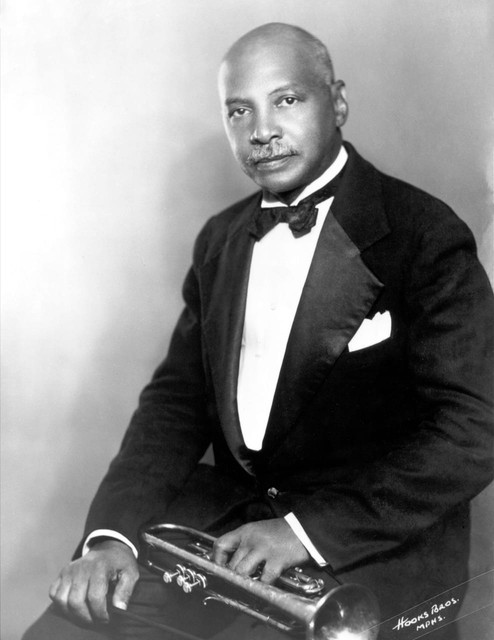 That is why many young African-Americans started making music. An interesting case is the one with the father of the blues, William Christopher Handy, when he confided to his father, a Baptist preacher, that he intended to become a musician, to which he replied that becoming a musician is like selling his soul to the devil. It is indisputable that in the ranks of the church there was a great animosity towards preoccupation with music when it came into existence.

However, many blues musicians who in later years had become priests or preachers of the Baptist Church, during their ministry, tried to bridge the gap between the religious community and the adherents of the coming new wave of music, which many saw as a cultural and spiritual liberation. This is best evidenced by the numerous gospel performers throughout the United States, whether it is a commercial gospel or for spiritual purposes following the example of the timeless Mahalia Jackson who is considered the muse of the gospel. That freedom of expression through music should not be an obstacle to the spiritual development of an individual, testified one of the greatest blues musicians, Blind Lemon Jefferson, who never in his life performed on Sunday, the day dedicated to God. The day when many people attend churches where spiritual music is often performed. The criticism coming from the ranks of the church towards the new cultural wave, in the foreground of which blues, reggaeton and jazz are promoted as a kind of protest against social life, primarily refers to the ambient moment outside the denomination. A musical performance that mostly takes place on the stage in various bars and salons, which as a rule were considered places of fornication, debauchery and questionable morality.

This "moralization" by the religious community is somewhat reminiscent of the years before the civil war, when white preachers in the name of God were placed in the service of the bourgeoisie, preaching the subjugation of slaves to their masters. Calls such as: "Never steal or lie to your masters, for that is wrong. Such behavior is a sin against the Holy Spirit, and is the basis of your ingratitude to the masters who feed, clothe, and protect you. "The devil is the one who urges you to rebel and fight for freedom!" Some Methodist preachers in Alabama went even further during their religious studies, offering the answer to the question, "Why did God create me?" The Bishop of Virginia, in his sermons to the slaves, taught them that the sins they had committed against their masters were in fact sins against God himself, saying: "I tell you, your masters and masters are God's overseers, and if you sin against them, in the next life God alone will punish you badly!"

Those times were deeply etched in the collective memory of black slaves, and now that the time had come to taste the fruits of freedom, again someone seemed to want to deny them that pleasure. For many reasons, the antagonism against the wave of black music continued for many years to come, both in the form of a boycott and through systemic measures that often contained a repressive character. It is known that many music artists will be investigated and monitored by the FBI for alleged illegal activities.

Click here to read the 1st part of this article.

After Joe Biden’s announcement on 14th April that the United States army will be withdrawing from Afghanistan. The complete withdrawal is supposed to be finalised by 11th September, though this is unlikely....

For the scammers and charlatans who became the vanguard of Scientology, truth is the enemy and the agenda reflects only one voice, sociopath David Miscavidge.I watched in horror the Louis Theroux film....

Lung cancer is one of the most common type of cancer with an approximate 1.59 million cases diagnosed in 2012 worldwide, and is by far one of the leading cause of cancer related deaths worldwide.Cimavax-EGF....

Cuba has been witnessing anti-government protests since July 11, 2021. Several objective factors account for these demonstrations. Cuba is experiencing its greatest economic crisis in 30 years. The devastating....

To extend a population’s life expectancy at birth (LEB) requires capabilities that are scarce in the United States. The U.S. LEB has fallen in the recent period, quite abruptly. Meanwhile, life expectancy....