These days we see everyone concerned about restoring human rights wherever they are violated. We see human rights as an inalienable divine gift to humanity by some divine being, and nowadays it is so enmeshed with our political thoughts that without it we are not ready to recognize a society. The notion of human rights is not as straight forward as it seems to be. The origin of the concept is much more complex.

On July 4 ,1776, The United States adopted the “Declaration of Independence” to unify the thirteen states and becoming United States of America. The passage below sheds some light into the concept of human rights -

“We hold these truths to be self evident, that all men are created equal, that they are endowed by their creator with certain unalienable rights.”

OBJECTIVE RIGHTS: The simplest way to define objective rights is “what is right in a general term”. We are talking about a right which is same for every single human being in a society. Objective right governs an organised society and provides rights which are necessary for living.

SUBJECTIVE RIGHTS: Subjective rights reduces the general concept of Objective right to a minimal subjective level, means it is only attributed to a subject. Here the word “I” comes in place of “We”. For example:

These rights do not state what is right in general but rather speak of rights as something that someone possesses. The category of “subjective rights” that constitute the idea of human rights we are familiar with.

WHY WE THINK IT IS INALIENABLE:

The notion of today’s human rights which we think is inalienable and divine gift from a divine being started from a very familiar concept. The concept of Christianity. Christianity says “each individual has a soul”. Because the soul exists independently both from one’s personal qualities and the community one belongs to, it becomes possible to view human beings not as a social unit but an abstract human being, who’s individual identity is much greater than society in a whole. Here the necessary objective rights which creates ‘order’ in society is replaced by ‘will’ of individuals. So nowadays when people often claim that without human rights a society would plunge into chaos, the ‘human rights’ they are talking about is subjective rights.

As we discussed before how today’s so called human rights was initially derived from dogmatic religious beliefs, Max Weber in his book “Protestant Ethic and the spirit of capitalism” writes how one of the key driving force of capitalism is Protestantism and protestant ethic which incorporates ‘self-interest’ which is similar to the ‘profit greed’ of capitalism. So, we can say the type of human rights today people are most concerned with is a result of capitalism. G.W.H. Hegel divided these modern liberal societies into two parts,

One is ‘Civil society’ which incorporates a society of market where private individuals pursue their private interests independently.

The other is the ‘Political state’ wherein people get together to make a common collective decision. 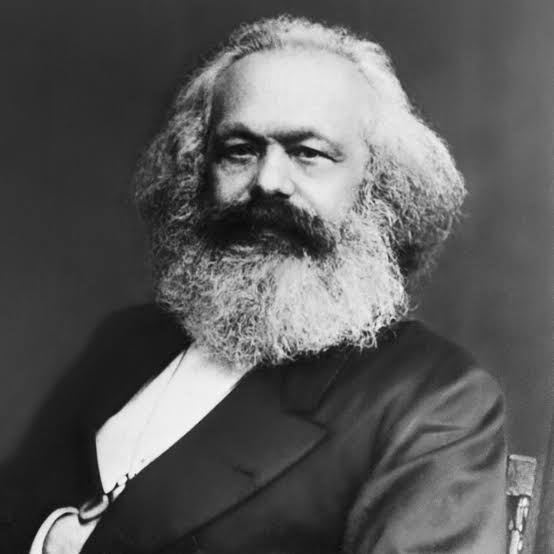 So, let’s understand why are we say that civil society is separated from the state. Assume that you are charged with a criminal case and you want fair trial in court, the political state grants you this right of fair trial. But, as a member of civil society your trial will be fair with respect to your financial status means how expensive lawyer you can afford. This clearly implies that human rights today is just a tool gifted by the state or the ruling class to suppress the class struggle.

Human rights are a symptom of a specific social and political configuration. Here we are not fighting the symptoms, we are fighting the disease. For this we have to uproot the current mode of production and establish a new regime, where collective decision is put ahead of individual interests, where profit oriented mode of production is replaced by collective mode of production, where separation between civil society and the political state will be lesser than what it is today. Then we wouldn’t have to beg for human rights in front of the ruling class, people will be powerful enough to maintain order and peace.

Like the Phoenix, Nicaragua is a Small country reborn from the Ashes!

It is no secret that pandemic has exacerbated inequality. As the rich stuffed their coffers, the working class was scrambling to make ends meet. Worst of all, they had to work throughout the pandemic,....

There is much in conversation about ‘mental health’ these days. To the point it feels like a buzzword. Very often the extent of these conversations is in our need to do some ‘self-care’, which....

What’s in a name? A lot, as far as one’s mother tongue is concerned. The whole world observes International Mother Language Day on the 21st of February every year since the day was announced by the....