It was the year 1760 the world saw a massive change in industrial sectors and commodity production in England, it was the Industrial revolution, which revolutionised the production system all over the world. But at what cost? The labourers or the workers worked day and night in those factories and as a result there was surplus production everywhere and the surplus values or profits were taken by factory owners or some few people at the top of the class. So, in this way society shifted to capitalism. But from where? for this we have to dig down the history of societal changes in brief:

According to archeological evidence, humans(homo - sapiens) arrived almost 200,000 years ago on the African continent. At the beginning they were hunter-gatherers , they live in a family like structure in a somewhat egalitarian society because , what they used to hunt , they used to distribute within themselves, that is why German philosopher Friedrich Engles called them as ‘Primitive Communist Societies’ in his book “The origin of family, the private property and the state”.

“The traditional hunter gatherers were based on  Egalitarian social relations and common ownership.”

After the agricultural revolution , people started farming and domesticating wild animals. In sociological terms this stage is called Horticultural and pastoral societies. In this stage “Class”(s) were seen in societies and also inequality started to begin.

After this stage, people started using domestic animals into farming and combined it and formed an agrarian society. There were visible classes in societies where landowners were there and surfs used to work for them. And in this way slave system started.

Through class struggle society changed and things started to improve. Now there were no free surfs or free farmers to exploit. So, a new system arrived called ‘Feudalism’, where there will be a landlord and under him/her there will be bond-slaves or bond-farmers or share-croppers. They grew crops and gave a certain percentage of crops to landlords and the rest they kept with themselves.

But things didn’t go well. Landlords used to keep the percentage high for their own benefits and ultimately the farmer got a negligible number of crops. So, we can see the problem of exploitation hasn't vanished or improved.

[Note : An example of farmers/peasant uprising against feudal lords is “Tebhaga Movement” which was initiated by ‘Kisan Sabha’ (peasant front of Communist Party of India)in 1946-47, the demand of Tebhaga movement was to reduce the landlord share to one-third.]

Feudalism ended in many ways in many countries ,Like in Russia , a socialist revolution led by Vladimir Lenin  took place in 1917 against the feudal Tsarist regime and formed a Socialist regime. In the 1760s , England held an Industrial Revolution which allowed the surplus production of goods and commodities at the cost of inhuman labour of labourers and workers in Manchester plants. That was the beginning of Capitalism and the end of Feudalism.

After introducing capitalism, the west was flourishing with a surplus production in everything and also creating a surplus value which was ultimately accessed by some few economically powerful people. Therefore, a huge number of people started getting economically marginalised.

After the formation of the Soviet Union in the east, there was a cold war. It was an Ideological war rather than a space race or some other competition.

It was like Capitalist west vs Socialist east. In 1991 USSR collapsed into several republics and officially the United States of America won the cold war against the USSR. After that everything in the world drastically changed. The USA became the hegemonic power over the rest of the world and capitalism took a massive turn.

WELCOME TO THE LATE-CAPITALIST ERA!

Many thinkers even today claim that Ideology died with the collapse of the Soviet Union. Which is true because, today we see another communist superpower like “People’s Republic of China” which resembles the economic superiority of the Soviet Union but doesn’t resemble the ideological superiority of the Soviet Union. Which can be seen through the geo-politics then and today. In today’s world Technology emerged and changed some crucial things at the base- structure of our society. Technology has captured the core of the economy “the mode of production”. It replaced the Organic mode of production with Mechanised mode of production. Which affected the superstructure of society heavily, which includes politics, philosophy, religion, culture and everything apart from economy.

The effect of Late capitalism can be seen in cultural changes vividly.

In the beginning of the emergence of capitalism, the economical inequality was very much visible, so possibility for people having class consciousness was there and also a breakthrough from that system was somehow possible. But things changed after neoliberalism was introduced to the economy and liberalised the economic structure which affected the superstructure above. New open markets allowed foreign investments without any regulations and allowed to interact with every possible thing in our society including the media. In this way late-capitalism replaced information with knowledge. Now we have thousands of media and thousands of types of information everywhere. The worst thing Late-capitalism did is fragmenting the hegemonic form of knowledge into pieces of information. This ideology is being introduced to us in every possible way through what we watch , what we eat, what we buy, what we wear and so on.

The simple way to describe the psychology is “there is a hole in our economic system, which is created by capitalism, and Late capitalism is filling the hole by commodifying the cultural aspects of our society and also imposing foreign hybrid cultures.” It is like curing the symptoms but not the reason. 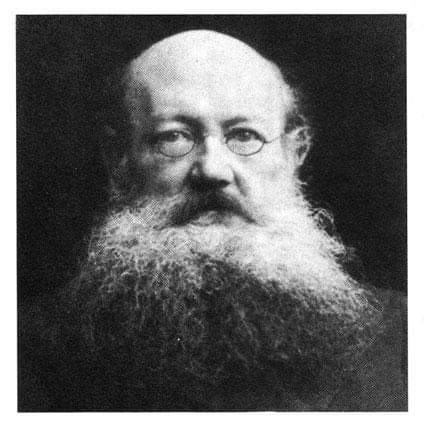 This is the only reason why people today are less politically opinionated, less class conscious, and rely on information rather than complete knowledge.

^“Capitalist realism is more like a pervasive atmosphere conditioning not only the production of culture but also the regulation of work and education, and acting as a kind of invisible barrier constraining thought and action.”

- Mark Fisher, ‘Capitalist Realism: is there no alternative?”

WHY IT WILL SUSTAIN?

‘The concrete reason why Late capitalism will sustain is because it is being fed to us as a cultural form rather than an economical form’. That’s why people today are less class conscious than before. The prime example is this K-pop and “Pride month”. Pride month, though commemorates the Stonewall riots, lately has been hijacked by neoliberals. These are shown to us as a cultural form in a very positive and celebratory manner rather than the economic strategies behind it.

It will be very difficult to defeat such a system.

Living in an Age of War: Russia, Ukraine and the Way Out

The events that have unfolded in Ukraine have been very unsettling. As Ukrainians flee their country and the west imposing the harshest of the sanctions in Russia, it is imperative that we delve deeper....

The State of Labor Power and Class Consciousness in Today's America

Through my life I have always understood that something was inherently wrong with how labor is instituted in America. My father had been laid off of his job when I was very young. Ever since, he's moved....

Chapter V PART I: My Caput Galeatum, and the Divine Québec SceneryWhen I was a young boy in Haysville, Kansas, my mother told not long after my father’s death that I was born with “a veil” over....

What’s the best source for unbiased, authentic take on things? Media funded by the corporates? Or looney conservative media peddling hysteria? Trick question. None of these is the source of ‘authenticity’.....