What does means of production in the hands of the state run by the people look like? What does centuries of oppression coming to an end look like? For the answers to these questions we have to travel back in time.

The Soviet Union arose from the October Revolution of 1917, when the Bolsheviks, led by Vladimir Lenin, overthrew the Provisional Government that had previously replaced the Russian Empire's Romanov family. They founded the Russian Soviet Republic, the world's first constitutionally protected socialist state.

By 1922, the balance of power had shifted, and the Bolsheviks had triumphed, unifying the Russian, Transcaucasian, Ukrainian, and Byelorussian republics to form the Soviet Union. And the rest is history. In the 1960s and 1970s, the USSR provided a very steep growth curve for anyone from the lower classes with brains and ambition. The Soviet Union was in the forefront of the global battle to eradicate smallpox and build nearly free water, electricity, heating, and transportation networks.The socialist system allowed for the creation of a society of educated people who were well-versed in the arts and sciences and were conscious of their value as members of an interdependent community.

The Soviet Union was the first country in the world to have a population that was completely literate. The Soviet educational system ensured ubiquitous, free, and compulsory collectivist, as well as public education. 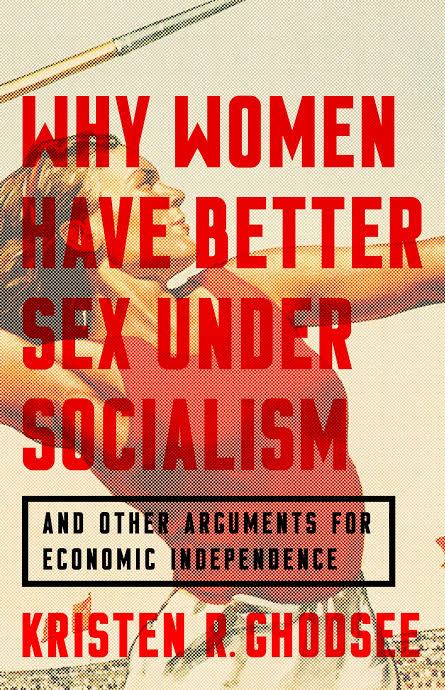 The Soviet Union's greatest achievement was exerting pressure on the West to match its welfare offers. Since the mid-1940s, the West has competed with the Soviet Union for worker loyalty by promising similar welfare systems and increased individual spending. In essence, without the USSR, none of the people would understand what full employment, guaranteed job security, universal health care, free higher education, one month paid vacation time, full pay pensions, free summer camps, holiday resorts, and extended paid maternity leave entail. It is sad that many of us all over the world have grown up reading lies after lies about the Soviet Union, and loathed socialism. Such is the power of red scare.

Soviets- the friends of the oppressed:

After making such striding advancements in nearly all spheres of life, the Soviet was stable enough to counter American hegemony. As a result, it started to support oppressed people all over the globe and helped liberation movements in every manner possible worldwide. This was made possible by the creation of the soviet Afro-Asian Solidarity Committee. The Soviet Afro-Asian Solidarity Committee was a Soviet Union organization that mobilized solidarity efforts for African and Asian national liberation struggles. The SKSSAA was established in May 1956. The Afro-Asian People's Solidarity Organisation was a member of SKSSAA (AAPSO). The SKSSAA served as a semi-official Soviet foreign policy organ. The soviets even helped the Palestinian cause. Until 1974, the SKSSA welcomed all trips by the Palestine Liberation Organization. In 1970, Fatah leader Yasser Arafat traveled to Moscow on the invitation of the SKSSAA. How can this be remotely compared to USA which has only dropped bombs everywhere?

The women in Soviet:

There honestly does not exist a decent representation of Eastern European women in pop culture. It is either a drab babushka or an over sexualized deadly female spy. Kristen Ghodsee, an anthropologist perhaps does a better job on shedding light on the lives of the women in the soviet. She argues that women there were not trapped in dependent relationships as the Soviet offered safety nets. Women did not have to rely on men entirely and thus were relatively free to make their own choices. Needless to say it positively impacted their carnal relationships. This seems like such an upgrade from unbridled capitalism which enslaves women.

The end of an era:

The demise of the soviet union was tragic. With the advent of McDonald's adverts, for the westerners Soviet was gradually opening up. Everything was sold off to oligarchs in one go and the people had nothing for themselves. In fact, 30 years later 63% of Russians regret the dissolution of the Soviet Union.

Alina Yakubova writes on the strangeness of the chain of events. She paints quite the picture. She writes:

'I woke up one morning to find my parents whispering and nothing on TV but Swan Lake. Then I heard someone say the words “the Soviet Union fell apart,” and suddenly my whole world changed.'

The world will never be the same. The soviet union collapsed and along with it the hopes for a better future.

I listened to the songs of liberation and cried bitter tears.Those grasping hands that leapt out into the dark,into history.To bring hope, Internationale.The sound of fingers curled around the wrist of....

A REAPPRAISAL OF ALEKSEI ANTONOV: THE SOVIET SPHINX

Aleksei Innokentievich Antonov is not someone we can ever truly know, whether as a person or as a military strategist, as he left no memoir of his participation in the Great Patriotic War. Although born....

The blockade that has been imposed on Cuba by the United States has been the fundamental characteristic of United States’ Cuba policy in the last 60 years. Along with a spectrum of activities ranging....

Communist Party of Swaziland leads the people: for total revolution

The political situation in Swaziland continues to be volatile. Insecurity has worsened under the 49 years of absolute monarchy, the last in Africa. Political parties in Swaziland have remained banned since....

Drama is the form in which sport, in a structural sense, most closely resembles art. Speaking of the relation between sport and acting, Christopher Lasch says: “By submitting without reservation to the....