And now war broke out in heaven, when Michael with his angels attacked the dragon. The dragon fought back with his angels, but they were defeated and driven out of heaven. The great dragon, the primeval serpent, known as the devil or Satan, who had led all the world astray, was hurled down to the earth and his angels were hurled down with him. Then I heard a voice shout from heaven: “Salvation and power and empire for ever have been won by our God, and all authority for his Christ, now that the accuser, who accused our brothers day and night before our God, has been brought down. They have triumphed over him by the blood of the Lamb and by the word to which they bore witness, because even in the face of death they did not cling to life.”

The history of Russia throughout its entire existence has been full of wars of every kind. Most often, the country has been the object of aggression by other states. But we need not delve into the events of ancient centuries. Instead let us talk about how the historical enemies of Russia created its negative image within living memory.

Monstrous crimes against the Russian people and against the other peoples of the USSR were committed on the direct initiative of the ruling elites of the West. Today, biased media, historians, publicists, and other writers are completely distorting the course of historical events, and our country is accused of crimes in which it was not involved. Throughout the countries of eastern Europe, monuments to Soviet soldiers – liberators – are being demolished, and any memory of Soviet history, of the involvement of the Soviet Union in liberating them from Nazi occupation, and of the Soviet role in the cultural and economic development of those countries, is being destroyed.

Stalin wrote: “The main features and requirements of the basic economic law of timely capitalism could be formulated in approximately this way: ensuring maximum capitalistic profit by exploiting, ruining and impoverishing the majority of the population of a given country, by enslavement and systematic robbery of the peoples of other countries, especially poor countries, and finally, through wars and the militarization of the national economy, used to ensure the highest profits.” 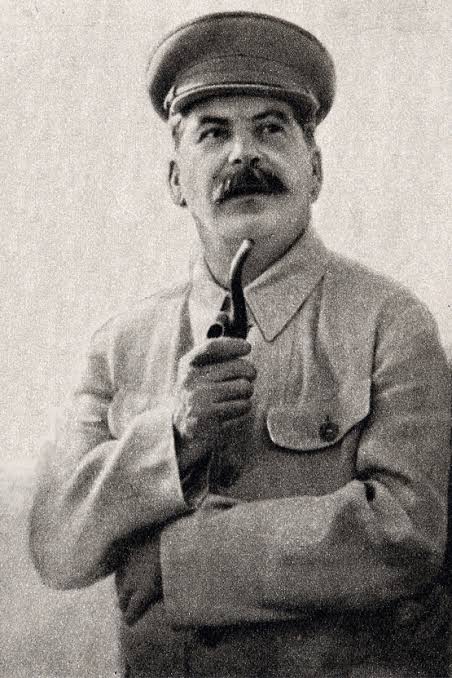 This classical definition is a theoretical generalization of modern capitalist reality, and it reveals both the goal of capitalist production in conditions of monopolistic capitalism and also the means used by monopolies to achieve this goal.

Stalin emphasizes that the need for maximum profits is pushed by monopolistic capitalism “to such risky steps as ... the organization of new wars, which are for the bigwigs of modern capitalism the best ‘business’ for extracting maximum profits”.

Stalin’s writings comprehensively describe the decisive importance of the law of uneven development of capitalism under imperialism, as well as showing the effect of this law as a powerful factor in the decay and decomposition of capitalism and as the root cause of world wars. Stalin showed that under pre-imperialist capitalism, in which capitalism developed more or less smoothly, creating new industries and extending to new territories that were not yet occupied by it, some countries were ahead of others for a long period of time and developed without arms races and military clashes on a global scale.

In order to protect the Leninist theory of unevenness from the enemies of Leninism we must understand how Stalin revealed the basic elements of the law of uneven development under imperialism, namely: “the fact that the world is already divided between imperialist groups; there are no more ‘free’, unoccupied territories, and in order to occupy new markets and sources of raw materials, in order to expand, you need to take this territory from others by force; second, the unprecedented development of technology and the increasing level of development of capitalist countries created an opportunity and facilitated the work of the spasmodic advance of some countries by others, crowding out more powerful countries less powerful, but rapidly developing countries; third, the fact that the old distribution of spheres of influence between individual imperialist groups comes every time in a clash with a new balance of power in the world market – and to establish a ‘balance’ between the old distribution of spheres of influence and the new balance of power, periodic redistribution of the world through imperialist wars is necessary.”

In 2014, Crimea’s decision to join Russia sent US and European imperialists into a rage. They regarded the actions of Russian authorities as an attack on their dominance in the world – as an attempt at hacking the new world order. Russia had been declared a defeated country in the Cold War, and it was now reminded that it is supposed to be a vassal country. The West has been backing the neo-Nazis in Ukraine, who have committed crimes against humanity in Donbass. NATO’s military structures have been brought closer to Russian borders, and economic and political sanctions have been introduced that will not be lifted, no matter how much the entire class of the Russian bourgeoisie whines. Sanctions will be lifted only if Russia surrenders: that is, if it returns Crimea and Donbass to Ukraine, agrees to replace the entire ruling elite of Russia, installs a puppet president, eliminates its own nuclear potential and agrees to unconditionally fulfill everything that the United States and the West order, including abandoning sovereign control over oil production and gas production and the export of energy resources and agreeing to the division of the country. To achieve their goals, the US and European imperialists have declared Russia their main threat.

To return to the theory of imperialism: Stalin's contributions should not be underestimated. Undoubtedly, he was an outstanding figure who became famous for his victory in the most brutal war, as well as transforming Russia into a nuclear-armed superpower, and much more.

Stalin insisted that the country's strength in its unity.

“Enemies will try to destroy our unity and bring disagreement into society. The ‘stream of the struggle’ will be aimed at breaking outlying areas away from Russia. The Soviet Union will begin to lose patriotism and internationalism, many leaders will appear – pygmies who will divide the Union into republics. This will be the beginning of the separation of the country.”

Stalin foresaw many events that have already taken place in Russia, but his faith in a bright future still leaves us with hope. He claimed that the banner of our ancestors would once more fly high in the skies, and that Russia would ultimately always be victorious.

This is How Stalin Betrayed Lenin

According to Wikipedia, a disputed association between 1 April and foolishness is in Geoffrey Chaucer's The Canterbury Tales (1392). In the "Nun's Priest's Tale", a vain cock Chauntecleer is tricked....

MAGA Communists? Not a Laughing Matter

The most recent bizarre ideological development to emerge from the present political darkness in the United States is something called “MAGA Communism,” the invention of a couple of online would-be....

The 21st Party Congress of KKE; Party Looks For New Ways In The 21st Century

The Communist Party in Greece is one of the largest communist parties in Europe. Right now, they are one of the major opposition forces in the country. The mass power behind the party and the cadre bases....

What does means of production in the hands of the state run by the people look like? What does centuries of oppression coming to an end look like? For the answers to these questions we have to travel back....

“Thy father is a poor man” mark well what that may mean On the tablets of thy memory that truth write bright and clean.Thy father’s lot it was to toil from earliest boyhood onAnd know his latent....

Summit of the Americas 2022: An Imperial Circus

The much-vaunted Summit of the Americas 2022, in Los Angeles, California, is currently taking place at a moment when United States prestige and leadership in the world is reaching an all-time low. The....