The curious case of Julian Assange

Hewn in to human rights legislation borne of fascism's decline in the mid twentieth century is a pool of glorious protections of civil liberties and press freedoms. It is deep, but it is not entirely immune from attack. Political opportunists undermine it in regular waves, repressing dissidence in their states and satellite states, even and especially in the West. Victims pile up, the criminalisation of journalism gathering steam, the propaganda to justify this awful retrenchment of civil liberties rising in the background. This is fascism resurgent.

Glasnost translates to 'transparency’, and it was assumed to be a core value of western government when Gorbachev's administration began to dismantle socialism in Russia in the 1990s. The liberal democratic system prevalent in the world today is in theory buoyed by open, transparent government, and in every area where it is practised as the predominant form of government, gives rise to the rule of civil liberties said to be inalienable, universal, and non-negotiable. Being as old as democracy itself, they're deeply rooted in history, representing progress and democratic status. Insofar as it remains worth defending, there remains no better way to adhere to "civilised" culture than to defend civil liberty and constitutional freedoms. While it may be a world away from the current zeitgeist among western leaders for criminalising dissent, journalism, and whistleblowing, reaching its zenith in the prosecution of Julian Assange, it's nonetheless only a few fights away from restoration.

All around the world are corrupt governments torturing and oppressing citizens critical of the regimes that rule, not serve, them. True to Orientalist stereotypes, this type of place is reflexively assumed by the privileged commentariat to be an anomaly, in some remote region of the East, where the rule of law is alien and everybody's neighbour knows someone in the gulag. Taking the American tradition of world policing to new heights, however, the most advanced superpower in the advanced industrial west will supply everything you could want if you were seeking examples of archetypal tyranny, and its satellites are all too happy to turn this practice from an isolated infraction to standard, common practice. Being emboldened in power, the US jurisdiction, and those under its spell, practice extraterritorial prosecutions, extraordinary renditions, in which foreign citizens are either extradited to the empire state for trial and punishment bordering on and oft crossing the rubicon into illegal torture, or have it enforced upon them in US bases overseas.

Unluckily, the CIA oversee these cases and will bend over backwards to accommodate torture, and to offend the constitution. Set in the context of the Patriot Act (an unconstitutional abomination of law rafted through congress during the hysteria after 9/11) they have unlimited powers to break non-refoulement law in the human rights convention.

The principle of non-refoulement forms the crux of many internationally binding contracts in which signatory states agree to uphold and abide by the practice of not forcing refugees or asylum seekers to return to a country in which they are liable to be subjected to persecution.

Despite power's collective disgrace of the law by breaking the principles enshrined in non-refoulement law, missing the irony, the Tory government has said the arrest of Julian Assange is just and serves to show he is not above the law. Likewise the official line from Ecuador that ssange's work constitutes “cyber-terrorism.” Such talk from the government evidences not the culpability of Assange for any crime, but precisely the establishment’s desire to invert the real narrative: ironically, Assange has been arrested for exposing corruption that posits powerful organisations and politicians above the law, and for so doing he is now deemed beneath justice.

Assange had previously said it was not the prospect of answering to British or Swedish justice that worried him and put forward a robust case for the proximity of a British or Swedish trial to a US extradition during the debate about the moral ambiguity of his self-imposed exile, in which he credibly suggested he feared a kangaroo court in the US which would punish him to life, or gruesome death, for abiding by first amendment ethics, a claim that many thought was paranoid but has been vindicated.

Like all young people looking out to the world today, I am acutely conscious we are growing up in a times of extreme volatility and complex global politics marred by violence, war and corruption, one yet borne aloft by revolutionary dreams of a better world that have come to fruition in hopeful global rebellions, which I cheered on as a socially conscientious teenager.

Perhaps the defining note of optimism for me is that I am emboldened by hope in the face of an insurgency of brave truth telling, of righteous civil disobedience against corrupt and ossified power, but at once, the defining note of pessimism for me is that I am equally as worried by the way insurgent bearers of truth are being treated like mice in the maze of a Goliath American state, one that treats the whole world order as if it were its sole domain, its entire extraterritorial jurisdiction, a caliphate, whose subjects are treated with increasingly wanton whim at the behest of the senate, military and intelligence agencies in the empire state.

Notorious names - Schwartz, Assange, Lauri, Manning, Winner - correspond to notorious cases. While the case specifics encompass a varied range of actions and activities associated with subversion of US imperial strategy, they encompass and are united by concerted efforts to subvert imperial activism of the US state decidedly through electronic means - whistle blowing, data dumping, hacking - activity which, rendered through the realpolitik filter with which hawk politicians have been conditioned in the corridors of Yale and The Pentagon, is tantamount to treason. Thinking logically it is obvious treason is an untenable accusation against those who - with the exception of Manning, Schwartz, Winner - have never been American citizens. Indeed such charges sullying the names of these renegades seems designed to inculcate fear and obedience to American objectives not just within but beyond domestic spheres of influence. Silencing dissent, then, can be seen as core imperial strategy, and one with terrifying, unprecedented extraterritorial reach. 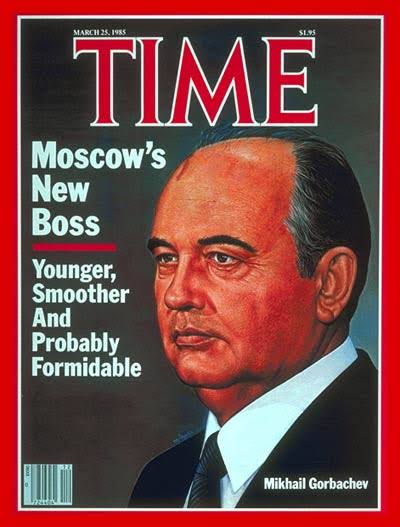 Hard working, principled journalists - who’d be legends and treasures in a long lost era of good press ethics in society- and their sources are paying a high price out of their human rights under the aegis of a craven new age of US imperialism. Most modern states bar the integration of legitimate journalistic activity with the penal code, like those currently being deployed to get Julian Assange. But in the data age, with less developed laws around the link between technology and sources, criminalisation is being embraced, or at least is being seized upon in the moment before laws and regulation are clarified and tightened up to get Assange.

But it stinks. For one evidence cited in attempts to justify his arrest and pursuit under the law are at best dubious, at worst slanderous. Moreover in a zeitgeist defined by Brexit negotiations steeped deep in the rhetoric of protecting parliamentary sovereignty it ought to worry us British courts are willing to yield to the whims of US courts who are willing to put Assange away for life, or kill him, for the crime of doing journalism.

It's time that the establishment drops pretences and stops using the phrase “no man is above the law” as if the mantra is still meaningful. Either justice is a right or its not. For so many, conspicuously all in the business of exposing corruption, they don't get it. It's time to reform society's treatment of whistleblowers and remove all legal obstructions to their freedoms.

In theory, we are equal under the law. In practice, some are beneath justice. Equality under the law - from which the maxim “no one above the law” - is a bastion of liberal democracy. It is oft cited in defence of the moral superiority of the western way of life over other systems that have preceded it or stand in opposition. A fair legal system is seen to be the sign of an ethically mature democracy. Yet it is precisely because the law is administered to prosecute whistleblowers on elite crimes and reward elite corruption that this truism about our equivalence in the contemporary justice system is an anachronism with a diluted meaning. In war, justice is always the biggest casualty.

President Joe Biden’s latest executive order, to forgive $10,000 in student loan debt for most former students — and $20,000 for some in lower income brackets — is front page news today in the U.S.....

A glaring example is associated with jazz diva Billy Holiday, who became the target of Federal Bureau of Investigation chief Harry J. Enslinger. He seeked an official ban on all her public appearances....

When They and We : Storm the Capitol

January 6, 2021 will be a day not easily forgotten in the United States. The storming of the Capitol by scores of supporters of outgoing President Donald Trump, egged on by his appearance at a rally hours....

This article doesn’t intend to be a long and profound analysis in Brazil's political situation, but a short informative to introduce the main aspects, in a recent perspective, about Brazilian class struggle.....

THE PROBLEM IS POVERTY: IN CONVERSATION WITH THE BANGAISA CREW

Part 1Based in rural part of western Kenya, the Bangaisa crew has amassed popularity for all the right reasons. As the election approaches, their campaign song for the Kenyan communist party has created....

Elections are what corporate money buys

Frankly, but regrettably, voting in elections in liberal societies is ornamental and devoid of power. A transnational cartel of corporate entities, richer than entire countries, ring fence elections for....