What’s in a name? A lot, as far as one’s mother tongue is concerned. The whole world observes International Mother Language Day on the 21st of February every year since the day was announced by the UNESCO in 1999 and has been observed worldwide since 2000. Bangladesh initiated the celebration of International Mother Language Day. In Bangladesh, the 21st of February commemorates the day when the people of Bangladesh (then East Pakistan) battled for the recognition of the Bangla language. Even though Bengali or Bangla was spoken by the majority of people in East Pakistan, the Government of Pakistan declared Urdu to be the sole national language of Pakistan in 1948. The people of East Pakistan objected because the bulk of the population was from East Pakistan and their mother tongue was Bangla. They requested that Bangla be recognized as at least one of the national languages. UNESCO states that the day is celebrated to ‘’promote the awareness of linguistic diversity and cultural diversity and to promote multilingualism’’. No occasion could be more apt to highlight the problems associated with the politics over language in general and mother tongue in particular, across the world, throughout history. 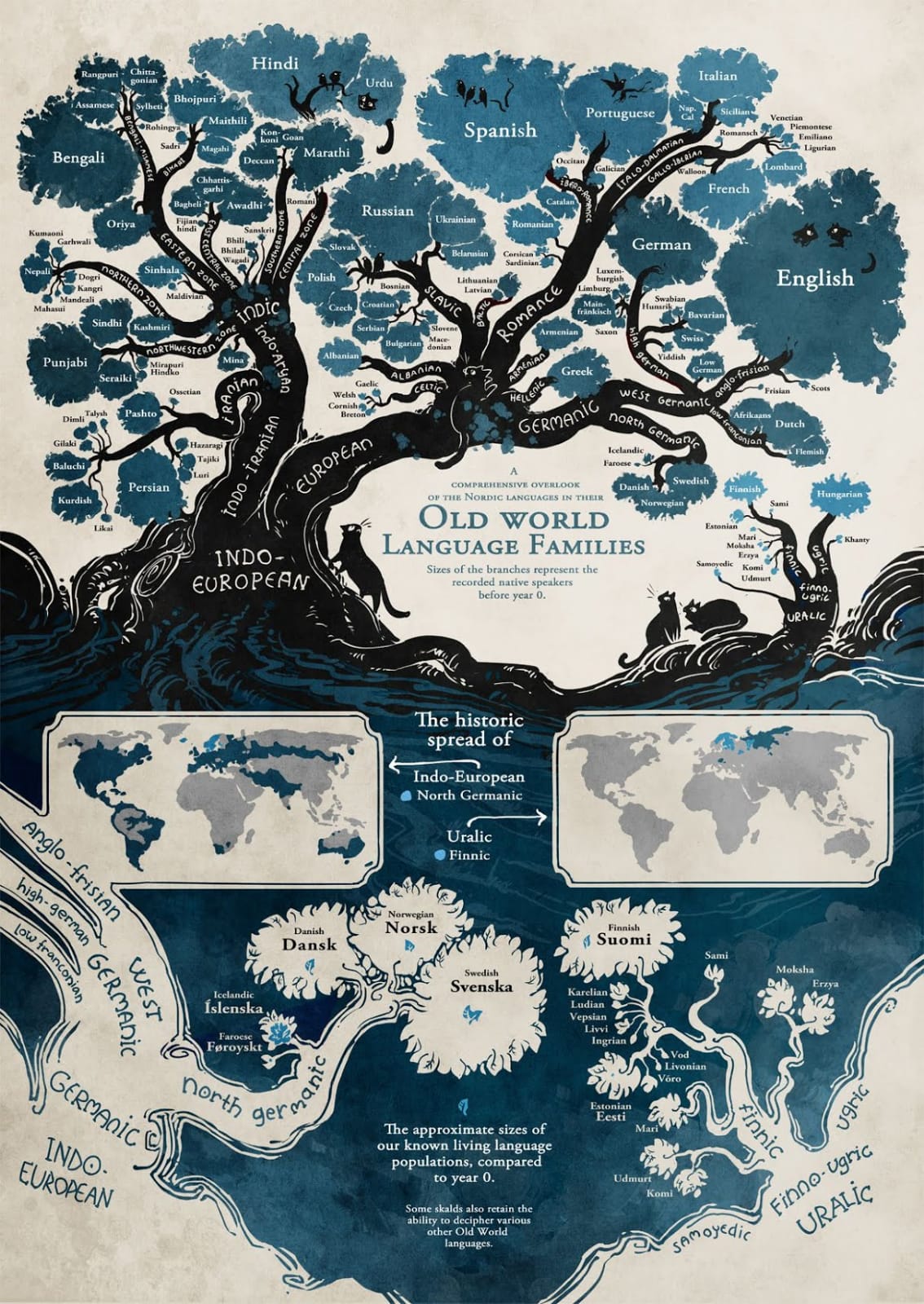 The advent of post Westphalian state nations has exponentially upped the significance of mother tongue in politics and sociology. Modern nation states essentially were created around the idea of a nation wherein a singular mother tongue formed the central binding pillar of the entire populace. England was the land of English speaking people, France the land of French speaking people, Spain the land of Spanish speaking people and so on. However, it is not to say that the populations of these nations already overwhelmingly considered the respective languages as their mother tongue. Of course, the mother tongue of the ruling elite was arbitrarily made the standard language of the entire nation. The rearrangement oversaw the death of several, diverse languages. During the 19th century majority French citizens did not speak standardized French, majority Spanish citizen did not speak Spanish, majority Italians did not speak standardized Italian and so on. The homogenization process was a direct result of shifting modes of production (read capitalism). In fact, the nation state was as much a necessity for capitalism to flourish as much as a homogenized population was that read and spoke the same.

Come the 20th century, the concepts of nation state and capitalism were exported to the rest of the world. Mother tongue remains an extremely powerful tool for politics of liberation as well as chauvinism. Countries like Bangladesh rallied its masses around the question of mother tongue and successfully fought the Pakistanis, so powerful is the emotional appeal of mother tongue. In an extremely diverse location like south Asia, it was in mother tongue that they found the perfect ingredient in the recipe of national consciousness. Different groups like the Tamils, Assamese and others responded to the call rescue and resurrection of mother tongue. The passion was and still is as if mother tongue literally is mother’s tongue. Speak ill of them and flying punches and sticks cover the sky like Xerxes’ arrows did the Spartan sky.

Call it derivative discourse, trickledown effect, or (neo)colonialism, madness over mother togue only penetrates smaller political units. Assamese for instance found itself being posed as replacement of Bengali hegemony in the colonial province of Assam. Less than a 100 years later, the Mizos or the Lushais were crying foul over Assamese imposition. Today minority linguistic groups within Mizoram find themselves having to either learn Mizo or perish. The linguistic minorities over in Bangladesh can vouch for the same. Ironic that mother language day was started in the same country first to pay tribute to the language movement that ultimately led to the liberation of Bangladesh.

Language, like anything else can be instrumentalized to subjugate people, to look down upon them; the barrier between the civilized and the savages. This International Mother Language Day, do not allow language to be a tool in the hands of the oppressors.

Part: 1The contradictions are sharpening! As is the tradition during crisis periods under capitalism, a wave of fascism has spread over the world-prepared to defend the interests of the ruling class. The....

The current year has been one of intensifying class struggle in the US. The bourgeoisie are struggling to preserve the integrity of the presidential election, which has already been discredited in the....

Drama is the form in which sport, in a structural sense, most closely resembles art. Speaking of the relation between sport and acting, Christopher Lasch says: “By submitting without reservation to the....

Space Tourism: The New Devil on the Horizon

Space ScienceCuriosity is the mother of all invention! The vast unknown behind our mother earth has always been an elusive source of curiosity for the human being. Science is the tool by means of which,....

Juan Guaidó, the self-appointed “interim president” (since January 2019) of Venezuela, could not be having a good time if he were really conscious and responsible. He is not, because he is only a....