When I think of the Alabama coal miners and their courageous strike against the Warrior Met Coal Inc, a mining company with many mine assets in in the state of Alabama, I am reminded of the famous Asturian coal miners who created a major strike action in 1934 in Spain. The Asturian miners were instigated by the 1933 Spanish general election, which redistributed political power from the leftists to conservatives in the Second Spanish Republic. The strike lasted two weeks from 4 October to 19 October 1934 in Asturias. Although the Spanish Republic weakened by internal factionalism among various political and military groups would eventually succumb to Franco forces in 1938, what is remembered the militancy of the Asturian coal miners is that on October 5th, 1936, they converged on Oviedo, the provincial capital. In the fighting which ensured with the garrison of 1,500 government troops continued, the miners occupied the city by 6th October. The miners proceeded to control several other towns, most notably the large industrial centre of La Felguera. They set up town assemblies, or "revolutionary committees", to govern the towns that they controlled[1]. I do not compare the militancy of the Alabama coal miners to that of the Asturian coal miners except, what they do have in common is a vibrant political tenacity. The ongoing labor strike in Alabama, United States began on April 1, 2021, and involves members of the United Mine Workers of America and is now the longest labor strike in United States History.

“They are asking only for a slim crust of bread." No, the Alabama coal miners want and need more than a ‘slim crust of bread”, they want a whole loaf of bread, they want higher wages so has to maintain a decent living standard as inflation increases for food and rental housing, they want better work scheduling so as to maintain their health and spend more time with their families, and additional time off for their members due to social and private concerns for their lives in general. But there are disturbing ecological issues as well for more reasons for the Alabama coal miners’ strike: 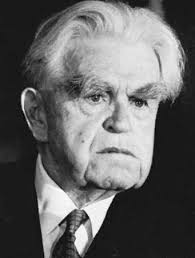 *Since April 1, 1,100 workers at the Warrior Met coal mine, all members of the United Mineworkers District 20, have been on strike over alleged unfair labor practices, demanding better pay, more reasonable hours, and more time off. That means the only people working at the number seven mine are temporary, non-union workers who the company brought in—commonly called “scabs”—and managers[2].

What is happening near Brookwood and Bessemer is more than the tragic situation for the Alabama coal miners who live there. In some cases, members of their families have died due to poor working conditions in the mines and a polluted environment. The mining company owners only interest is profit. The lives of the coal miners and their families they are merely pawns on the chessboard of accumulating profit.

The Alabama coal miners are not tactically confining themselves only to their local strike area, but also are advancing their fight to even New York City so that other workers can view their struggle. As the media outlet CNN wrote on its website “Mine workers have been on the picket line outside of two mines owned by Warrior Met Coal in rural Alabama for the last seven months, waging one of the longest US strikes this century.

On Thursday they brought that protest to the streets of the Big Apple. Six members of the United Mine Workers of America were arrested for disorderly conduct as part of a rally in front of the Manhattan offices of BlackRock, the powerful asset manager holding $167 million worth of the mining company's stock on behalf of clients. That 14% stake in Warrior Met Coal (HCC) makes BlackRock (BLK) its largest shareholder. Nearly 1,000 miners have been on strike against the coal company in Alabama since April 1, after union members voted down a contract they say does not make up for lost income they incurred in their previous contract from 2016[3]. The CNN reporters, Vanessa Yurkevich and Chris Isidore could not but admit that the Alabama coal miners strike is a larger mosaic of labor strikes throughout the United States.

Poor working conditions kill workers, especially coal miners. According to a commentary on ABC NEWS on August 6th critical, broken working conditions began when “The conditions the miners are striking against stem from 2016, when Warrior Met Coal took over ownership of the mine after its previous operator went bankrupt.

During that transition, the miners saw drastic cutbacks in hourly wages, holidays, paid time off and medical coverage. Both tenured and new employees also lost their pensions, according to Phil Smith, director of government affairs for the UMWA. A news commentary written by Elwyn Lopez, Ashley Schwartz-Lavares, and Lulit Tadesse went on to state “The workers believed those benefits would be restored during new contract negotiations in 2021. We need to get these people back up to standard," said Larry Spencer, the UMWA representative in the district, adding that the miners were disappointed with the new contract "and the people turned it down." Why would they not turn it down, since the coal miner leadership had to know that the coal mining owners had no intention of renewing new labor contracts despite an overall understanding of all that had been verbally agreed upon before the actual negotiations ever took place? What was poignant in the overall interview of the coal miners and their wives was this realistic comment:

Chris Lowery, another striking miner, believes the workers deserve fairer benefits given everything they've been through over the years.

Yes, the coal miner, Chris Lowery gave the coal mining owners not only his youth, and his precious time, and like other coal miners, he knew the deeper hazards for working as a coal miner, perhaps the most dangerous work in the United States. I remember being with my father as a small boy on the in the fields of Texas, where my father was a labor contractor. My father worked hundreds of braceros and farmworkers in the fields to take out the produce during summers, and their working conditions were harsh and many of the youth who worked in the fields would never see a school room, nor play and be active like other working class and middle-class children and youth. Their parents and the braceros would live in poor housing, however they were never subjugated to the dangerous working conditions of the American coal miner. As it is reported "They're only making about 20-some dollars an hour, and they're spending six weeks -- sometimes seven -- underground, 12 hours a day. Their bodies are broken, their lungs are all messed up," said Kim Kelly, an independent reporter who has been covering the strike”.

And how can one forget the Black Lung Disease among American coal miners and also the very hazard of death beneath the earth itself in the mine shafts? As it was also reported in the abc NEWS commentary “The percentage of coal miners with the most severe type of progressive black lung disease has steadily risen over the last 20 years, and in recent years, severe black lung has been found in miners in their 30s and 40s, according to the Centers for Disease Control and Prevention. When it's severe, the disease can lead to lung impairment, disability and premature death”. You not only lose your youth as coal miner, who can also lose your life at a very early age. We should not forget that “Issues like those are only a couple of the reasons mining is one of the most dangerous occupations in the country. In 2001, the No. 5 mine in the complex exploded, killing 13 people”.

However, there is also the harsh political system that protects the corporate leadership regardless of the administration or regime, as in the case of Trump, that rarely gives any legal support to the American workers grievances, in this case the Alabama coal miners’ strike. As reported by one American news outlet:

Circuit Judge James H. Roberts Jr. issued a restraining order prohibiting the union members from picketing and other activity within 300 yards (meters) of Warrior Met Coal’s mines and offices. Miners have been on strike against Warrior Met Coal Inc. since early April, seeking contract improvements. Miners said they made sacrifices to save the company several years ago and want better pay and health benefits. The restraining order comes after the company said Monday that the level of violence along picket lines had “reached a dangerous level over the last week.” United Mine Workers of America International President Cecil E. Roberts called the restraining order unconstitutional and said it will not break the strike. “It contains provisions that are unconstitutional, and it reinforces the notion that Americans – at least in Alabama – are not free to enjoy their rights to free speech and free assembly,” the union president said.[4]

But is it not just legal rights to strike which also includes right to “free speech and fee assembly”. But is not embedded in the United States constitution not only the right to work but also to maintain one’s dignity and share in a common prosperity? Restraining orders cannot forever stymie worker aspirations for self-determination and independence in colonialist nation- states. If one understands the plight of the Alabama coal mining workers one will also notice that their African American workers among them as well. Although many of the coal miners from Alabama have an ancestral Confederate history, there also coal miners from Alabama who are not racist nor capitalist, but instead seek out a simple life better than what their ancestors endured. As the great French novelist, Émile Zola wrote in his enduring novel, Germinal, about the strike of a group of French coal miners in which he gives them a universal cry ““Men were springing up, a black avenging host was slowly germinating in the furrows, thrusting upward for the harvests of future ages. And very soon their germination would crack the earth asunder.” Out of the Alabama coal mines, the coal miners have emerged out of the mine shaft furrows and emerged into the sunlight. The people will remember them and their valiant actions.

Peruvian President Pedro Castillo has been arrested in a coup led by Peru’s right-wing congress, whose leaders are made up of far-right politicians and military officials, with support from the police....

Afghanistan is burning, Human bombs blasted in Kabul causing the death of 170(as per recent reports), Afghanis are trying to escape Afghanistan even with the cost of their lives – we all know these facts....

Dan Hind certainly has a sophisticated understanding of how the corporate political economy of contemporary media degrades the moral fibre of journalism, as well as understanding the practical policy requirements....

What is the cause of Peru's political crisis and who is responsible? – An Interview