The Silverline Project has raised many questions and is a source of major debates and discussion in the state. From Poets to the commoners, everyone is included in the discussion. Most of the world’s nations have reached a consensus to act to mitigate and adapt to the effects of climate change through development activities, albeit to different extents and in different ways - ‘sustainable development’, ‘carbon neutrality’ and ‘green technology’ had become key elements of the contemporary development discourse in the present day. One such alternative of the Kerala Government is the proposed Silver line Project.

The ambitious SilverLine project deserves deeper analysis. A certain section of people people along with some media houses in Kerala with fixed agenda are trying to polarise the people over the proposed 529.45 km north-south semi-high speed standard gauge rail link costing ₹64,000 crore. The project is a joint venture of the Kerala government and the Indian Railways, with their shares being 51% and 49% respectively. It proposes to connect metropolitan Kochi with the rest of the State in two hours, and Kasaragode in the north to Thiruvananthapuram in the south in four hours, reducing the pressure on linear Kerala’s heavily choked 1,800 km highways.

All types of discussions are fine but our romanticism must be a bit more realistic - A very ambitious generation is growing up in Kerala , the development trajectory of Kerala should be determined with that generation in mind. These developments should be made for them. If we ask some young people in the State for their outlook on the future, we will be convinced - Priorities should be set for their better life. So it’s actually the time for 2.0 of Kerala Model by completely Preserving its Socialistic Nature and Silver Line is the Golden path towards that. 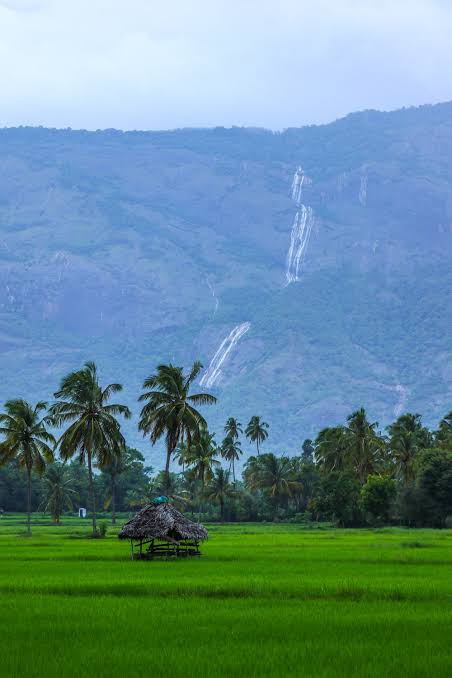 Let us evaluate Silverline from a Marxian point of view. Kerala is unique in the sense that it has a large working class population, as migrant labourers , they have become a mass migrant population in the Gulf as well as in the West, where they can find employment wherever they go. There are Malayalee communities within India and in Delhi in Calcutta as migrant labourers but now all of them are returning to Kerala in large numbers. Here the number of these workers is going to increase. The modern industrial working class, which can be called the modern proletariat, is on its way to becoming a major hub in Kerala.

One missing part in the discussion on this Silver Line is that no one who opposes (the left-leaning) can discuss in the theoretical Marxian perspective. It takes 4 hours to reach Thiruvananthapuram from Kasaragod - How do you measure labour is the question. That is to say, a modern industrial society produces surplus through labour. The Communist Manifesto itself says exactly what modern industrial society is all about. It is dividing society as a whole. On the one hand, a minority of ownership of the means of production. On the other hand, these employees are the vast majority of the working class who can live on the wages they get from selling their labour power. What is the criterion for measuring the labour of that worker there ? It's time. That sense of time must come to the most important consciousness of modern working class, and that consciousness is nowhere to be found in this discussion. The discussion on this subject is extremely emotional and pathetic.

Can The Kerala Model afford this?

The question is whether Kerala can afford such a costly infrastructure project - Kerala has no choice but to take over such a huge infrastructure project is the one word answer because the state needs a huge amount of revenue to maintain and develop to the next level the socialist system of the Kerala model of good public health, good free education, a very good and good pension system, and absolute poverty-free status. But there arises the question of Borrowing, Socialistic View of KIIFB, the answer is given by Kerala’s own Deng Xiaoping , Dr TM Thomas Issac “ We are beating the Corporates at their game “ and that’s the answer in the most easiest way .

We always Compare ourselves very proudly with the Nordic Countries with similarly advanced social support systems have very small populations but a very large GDP and a corresponding income tax of over 40 percent. Take Norway, for example, with a population of only 5.4 million, a capital of $ 66,000, and a Norwegian government pension fund of $ 1400 billion. However, the tax rate is about 40 percent.

Kerala, which has seven times the birth rate of Norway and less than one tenth of GDP per capita, needs to grow GDP to a much larger extent if it is to maintain similar pensions and public health care. At present our people are being taxed as much as they can be, so if we want to raise taxes, we need to increase the income of Kerala. The income of every Malayalee needs to be increased - Think about how to grow GDP, what are the long-term plans for it, and what are the barriers to doing so.

Where does the GDP of Kerala come from? Agriculture accounts for only 8% of Kerala's GDP and 14% for industry. The rest of the lion is out of service Sector. What is the nature of that service Sector today? Look at the development in technology, as part of that growth, services have become the largest industry in Kerala. Can we deny it?

Can it be said that Kerala is not an industrial society?

There is a bigger resource in Kerala than that and that is in the production sector. Agricultural industry also needs to be uplifted and that is the most important priority to be given in Kerala. The situation that may arise in connection with the formation of the Silverline, in connection with the Infrastructure Building, is likely to help that priority. These are mutually exclusive. The discussion should be seen as paradoxical in that sense, but it turns out to be a superficial & emotional discussion.

The most important obstacle seems to be our overcrowded road infrastructure as well as the public being forced to use private vehicles almost all of its classes. At present the average speed available on highways in Kerala is 40 and the speed of a train is 44. With this kind of road rail infrastructure we cannot even think of growing GDP. For service sectors such as tourism and IT to grow, the density of vehicles with more road infrastructure needs to be halved. Even tourism is confined to a small area of ​​Alappuzha, Munnar and Ernakulam. If places from Kozhikode, Wayanad, Kannur to Thiruvananthapuram are to be included in the international tourism map, there is a need for speed rail-like facilities to reach these places. Modern day industries and businesses can be done almost exclusively remotely. If we want to empower our next generation to do such business - not just in Ernakulam and Thiruvananthapuram, but also from Kasaragod to Munnar - we need huge investment in infrastructure.

In Case of Agriculture specifically , not all societies are the same. Agriculture is currently the largest resource in Kerala. But there are two or three stages in that cultivation that need to take place after a major overhaul. For example, through land reform, feudalism is ceased and agricultural land became the property of the farmer. That is the most important factor in making Kerala what it is today. There are 27 lakh farming families in Kerala today. Then the resources of Kerala are not small. About 82% of Kerala's resources are cash crops such as rubber, pepper, coffee, tea and coconut.

What is the paradox here? These crops are bought by corporates. Our coffee is bought by Nestle India, a large corporate company. They pay a very small amount to a coffee farmer in Wayanad. That coffee is the second most profitable product in the world after petroleum, so what's the point of using that product to the advantage of these farmers?

Let's go to this second step. There should be modern agro-based agro-industries that process these products. Kerala has not been able to get to that stage. The third stage is the development of the domestic market. It means that our farmers get a fair price for their produce and get the money in their hands. The other is workers, who need the development of agriculture and the development of modern industries if they are to have employment.

Employment in the agriculture sector can be created only through the development of agriculture and industry. Those workers can be guaranteed employment and the minimum wage can be guaranteed. This is the third step , When the money reaches the hands of the worker and the farmer, there will be purchasing power. Liberalization is about shortening it, as part of which capitalism around the world today is facing a major recession.

These one, two and three steps are our priority. This is the main concern of the LDF in Kerala. As part of this, the Government has proposed agro-industrial parks, coffee processing plants, co-operative farming development scheme in Kerala, development of five industrial parks, self-sufficiency in meat and dairy sector, etc. 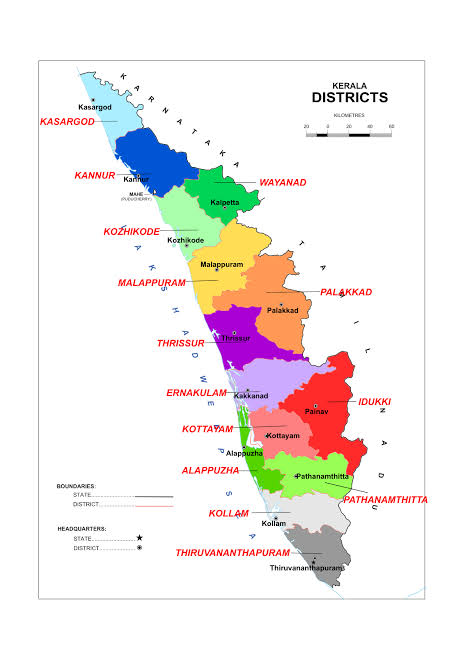 In short, at least four times the GDP of Kerala in the next ten years, and building the necessary infrastructure is crucial to maintaining the "Kerala Model" system. Therefore, it is a huge infrastructure project that Kerala cannot avoid – I would like to say The Silverline project should not be seen as just a railway project. Instead, we need to see the Silver Vision 2030 as a vision of Kerala's infra projects involving road, rail, airport and boat. We need to create a Kerala with at least four times the GDP by 2030. See K Rail ( Silverline ) as one of the many programs to create a backdrop for it , It should be seen as the Kerala Bank we have created to invest money in Kerala itself.

Along with this there is one more thing to note. For any country to prosper, unity among the various sections of the people there, political stability and social security are vital. There are clear programs going on to destroy the existing unity and mutual trust between the Hindu, Muslim and Christian people of Kerala and the Northern & Southern Parts of the State by some groups and their News Channels . The social security of the people must be ensured so that the common people do not succumb to their machinations. So the ideological struggle to expose the creatures who are trying to block this all should Continue.

What’s in a name? A lot, as far as one’s mother tongue is concerned. The whole world observes International Mother Language Day on the 21st of February every year since the day was announced by the....

After Joe Biden’s announcement on 14th April that the United States army will be withdrawing from Afghanistan. The complete withdrawal is supposed to be finalised by 11th September, though this is unlikely....

An Interview with the NYC Mayor Candidate Cathy Rojas

On the behalf of The International Magazine, Debojit Banerjee spoke to Ms. Cathy Rojas, candidate who preached socialism for the New York City Mayor Election, member of the Party for Socialism and Liberation.....

This assembly of anguish - that is my land

As we see the pandemic unfolding horrible scenes in India, and ordinary people bearing the brunt of a fascist regime, here in Pakistan, way is being paved for another fascist political party to grasp the....

What Will Happen If Trump Gets Re-elected?

And there is still a high chance that Trump will get re-elected, especially if white voters with no college education turn out in huge numbers on November 3, and at the same time Biden voters — college-educated,....