For the scammers and charlatans who became the vanguard of Scientology, truth is the enemy and the agenda reflects only one voice, sociopath David Miscavidge.

I watched in horror the Louis Theroux film on Scientology as the actor portraying David Miscavidge slided into abuse mode towards members of his inner sanctum, in a recreation of corrective procedures Scientology deploys to intimidate and instil fear among members, to better control them. With explosive anger Miscavidge unleashes a torrent of verbally and emotionally abusive tactics, barking demands at his captives, intended to elicit demonstrations of loyalty he's constantly accusing them of lacking. Theroux had set out to get to the heart of the organization and with the help of a defector he recreated the machinations and manoeuvres of the officials at the top of the organization, revealed to be megalomaniac sociopaths who demand the kind of worship reserved for deities. Often the corrective procedures took place on ranches that belonged to the estate of scientology and which were clad in barbed wire and other escape preventative traps. 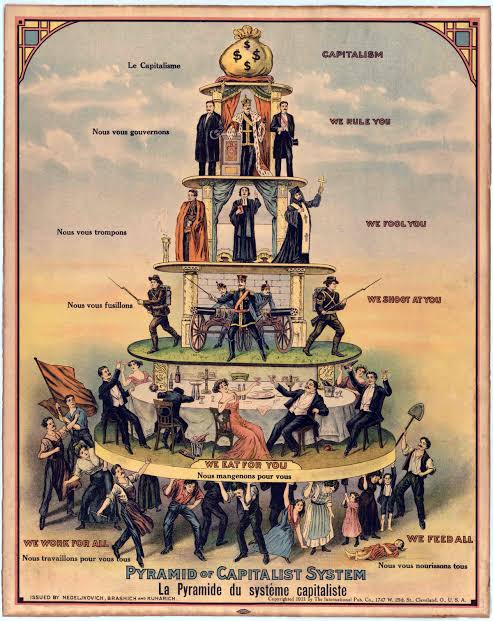 The inner sanctum of Scientology, Sea Org, are expected to work for no wage, an example of chattel slavery that should not be permitted in this century. If the headquarters were based in Russia or China it certainly would have been denounced and shut down by now, but based in America, the establishment turns a blind eye to its tyranny. As it is, the neutrality of politicians allows Miscavidge to hold on to power. He's barely even human, entirely lacking in requisite warmth and compassion.

Some people who aren't scientologists may defend its existence by citing religious freedom laws. The counterpoint is that scientology is a business, not a religion. And there's a case to be made that religions that don't adhere to international human rights norms are illegitimate. Within axioms of democratic theory postulated by Karl Popper, tolerance of intolerance leads to the downfall of tolerant societies, so we must not tolerate intolerance. Scientology is a deeply intolerant belief system, for one attacking homosexuals.

Armed with lawyers and a sense of deep malice, scientology has sought to bury its critics and cover up its crimes, their entry into a world they strive to control. No public mandate gives them the right to rule imperiously in the way they do, they are self appointed dictators who go against the liberatory spirit of life. Most religions are legitimate faiths and have a mandate deriving from ancient scriptures containing divine law mediated by their prophets. Scientology is based on low grade science fiction invented by L Ron Hubbard to make money.

In scientologies promotional videos Miscavidge walks to the center of the stage to a chorus of rapturous applause, a standing ovation. Overawed members eyes swell with tears. It is a story of wise, benevolent leadership. But the disinfectant of sunlight, in the form of Theroux's documentary, knocks this fragile illusion down.

Scientology is officially the fastest growing religion on Earth, despite it being well documented, public knowledge that the organization is predatory in recruitment tactics, excessively controlling and extremely abusive towards members. Its primary ideologue, L Ron Hubbard, said that the easiest way to make money is to start a religion and his motives for founding the church seem to have consisted in selfish personal enrichment rather than a desire to assist the spiritual liberation of mankind. Within US law, which has always been dubious, it is classified as a charity, allowing it huge tax breaks and the status of legal legitimacy, when in all truth it is the project of a psychopath which mutilates the human spirit.

The rise of scientology is the logical conclusion of the dominance of the philosophy (or lack thereof) of late capitalism in the west and global north. Like the inner sanctum of Scientology, the institutions of late capitalism, authoritarian, unaccountable corporations, thrive on secrecy and operate on the basis of a centralised power which controls the information spread down the chain of command, micromanaging a monopoly on perception. This is how they elicit loyalty from constituent personell, and anyone disloyal to the totalitarian agenda is publically humiliated through widespread ostracism and smear campaigns. Scientology operates less like a benevolent faith and more like a religious corporation.

Translated from Greek roots, scientology means "the ontology of knowledge" and progression within the cult adheres to a hierarchical, gradated system of initiation where morsels of knowledge considered sacred are revealed to the member, like Freemasonry.

The success of capitalism wouldn't have been possible without Freemasonry, which protected and emboldened agents of imperial mercantilist expansionism, context for the establishment of slavery. The ideological foundations for and the - inherently hypocritical - doctrines of modern liberalism were created by Masons in the dark ages, at a time where the church embarked on crusades against the sort of free enquiry we are told is the heart of Western democracies. We are asked to assent to the belief liberal democracies are founded on progressive principles, but they accommodate class society, based on exploitation.

Just like Freemasonry was intercoiled with the successes of early capitalism, Scientology is much obliged to late capitalism. Both late capitalism and scientology are cancer upon civilization, a relentless death cult. In the spiritual wasteland of modernity scientology pretends it can fill the void left by the intellectual murder of God during the enlightenment, but it is nothing more than an illegitimate pyramid scheme with spiritual pretensions that brainwashes, entraps and abuses innocent people. Society is only as good as its least virtuous institutions, and may the presence of scientology in the west embarrass and shame our leaders.

Iain Inglis is a member of the Communist Party of Britain who is now a parmanent resident of China and a television presenter and Gourab Ghosh is one of the Associate Editors of “The International”Gourab....

The Bear Merely Defends Itself (PART I)

Russia was dismembered and humiliated after the collapse of the Soviet Union in the early 1990s. The largest country on Earth saw its economy crumble and its social security institutions end leading up....

Trump or Biden: An American cliffhanger

A fierce fight is being waged in the US. The incumbent President, Donald J. Trump, is up against his rival, former Vice President Joe Biden. Yesterday was the election day, but it may take a few days to....