Special Correspondent The International//1:07am, May 5th '22

According to a leaked Supreme Court document, women in about half of all US states may soon lose access to abortion. As per a draft opinion by Justice Samuel Alito, the majority of the court's judges favour reversing the Roe v Wade decision, which established a woman's right to abortion in 1973. Abortion will not be made illegal in the United States overnight. Instead, it would be left to each state to choose how much abortion access women in that state would have. Approximately half of the 50 states in the United States will prohibit abortions within weeks, with many doing so immediately. This sounds scary. A majority of women will end up losing bodily autonomy. If Roe v Wade is overturned or severely weakened, poor and working-class people, particularly those of colour – who have already been disproportionately affected by the pandemic and its economic consequences – will bear the brunt of the consequences. The overturning of Roe V Wade however, will not put an end to abortion. Abortions will be unsafe, conducted in dim lit rooms by unqualified quacks. While poor women will suffer the most, the rich will find a way to have access to safe abortion, even if it includes crossing the border.

So far, most of the op ed pieces do mention these facts. What they do get wrong are the factors. Almost most of the mainstream media makes no mention of the disaster that is the American health care system. Obviously, it is easier to blame the Cheeto head than actually look at what led to this disaster. 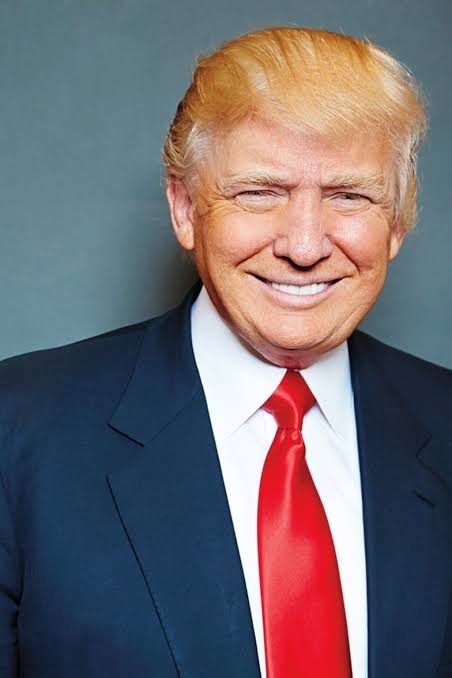 The BBC writes ‘The court is made up of nine justices who serve on the bench for life. President Donald Trump appointed three during his presidency, when vacancies on the court came up. That changed the political leaning of the court to one that was more sceptical about Roe v Wade and more supportive of restricting access to abortions. All three of Trump's appointees reportedly voted to overturn. At the same time, many Republican states around the country have been focusing their attention in recent years on bringing in more restrictive laws.’

Surprisingly, none of these pieces mention the fact that the ‘other side’ has repeatedly voted to strike down these progressive laws. As a Delaware senator, Biden voted against a 1977 agreement that enabled Medicaid to cover abortions, with exceptions for victims of rape and incest, as well as concerns for the mother's life. Biden has voted many times, notably in 1983, to prevent government employees from using their health insurance to get abortions, with the only exemption being to save the mother's life. Biden, a devout Roman Catholic, says he personally opposes abortion and has freely discussed his own battles with the topic. Even though Biden changed his stance on the issue later on in life, little has been done to with respect to safeguarding reproductive rights of women. Abortions have gotten costlier than before. In 2020, an increase of 8% from the median cost in 2017 was found. It gets worse, travel expenses and lost income can add hundreds of dollars to the cost of obtaining an abortion. Patients already incur ancillary fees to seek abortion treatment, which may total more than $400 in transportation, lost income, child care expenditures, and other costs, according to the report. According to the survey, patients must pay about $1,000 out of pocket for a first-trimester abortion.

The only good this that the Biden administration did is to bring Planned Parenthood back into the federal fold. Planned parenthood can now receive Title X funding. The problem in USA, especially with the rising cost of abortion hints at one thing: the lack of free and universal healthcare. The lack of the same is also responsible for the propagation of anti vaccine sentiments. In the UK, abortions are available for free on the NHS and carried out at an NHS hospital or specialist abortion clinic. In order to tackle this issue, structural inequalities in the USA have to be looked at. The intersections of race and class need to be examined. The debate must go beyond Roe V Wade and move towards free universal healthcare.

‘‘Politics has no relation to morals’’ — Niccolo Machiavelli War is an egregious task. No modern country in world history knows this fact more profoundly than Russia. With all throughout its....

Tribute to Frederich Engels: A life devoted to revolution and the foundation of scientific socialism

Frederich Engels (1820-1895) and his close and dearest friend Karl Marx (1818-1883)dedicated their lives to prepare the working class for its revolutionary future. As Vladimir Lenin put it, the two “taught....

The Bear Merely Defends Itself (PART I)

Russia was dismembered and humiliated after the collapse of the Soviet Union in the early 1990s. The largest country on Earth saw its economy crumble and its social security institutions end leading up....

Actions have causes. That is a fundamental point of philosophy and of an understanding of the way the world is. Russia’s actions in Ukraine have causes, which necessitated those actions. Unbiased observers....

As striking members of Starbucks Workers United (SBWU) explained while on the picket line, Red Cup Day is “like Starbucks’ Black Friday.” All over the world the promotion draws a larger-than-average....